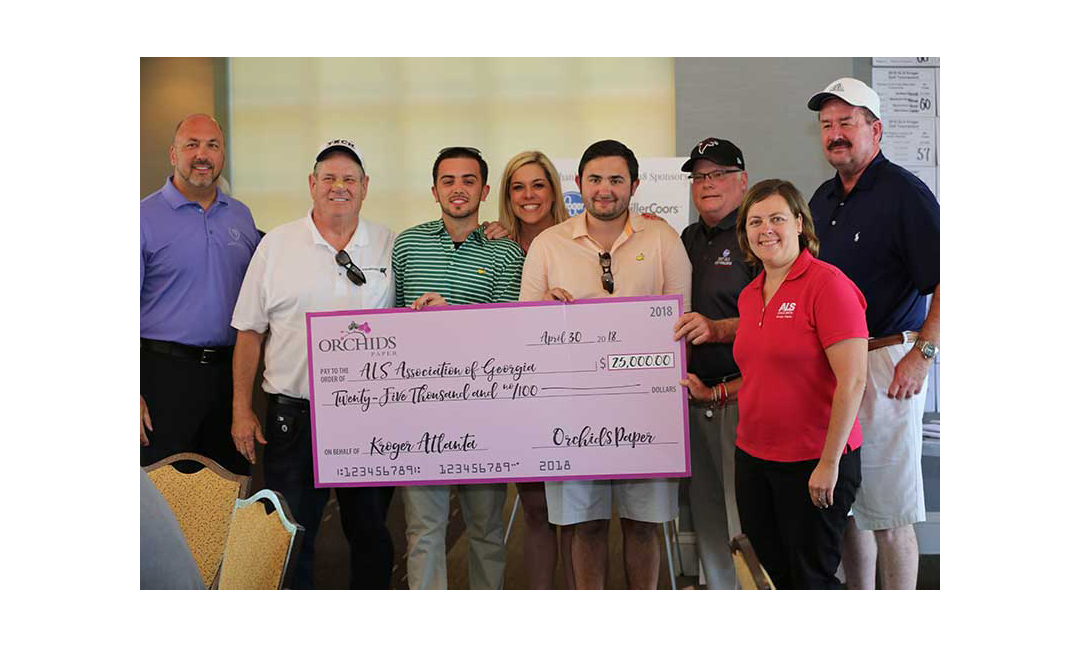 The Kroger Atlanta Division’s annual charity golf tournament, held on April 30 at Eagle’s Landing Country Club in Stockbridge, Georgia, raised a total of $263,962 to benefit the ALS Association of Georgia. This is a record increase over last year’s total of $239,000.

The funds will go directly toward the association’s programs, including patient consultations, a medical equipment loan program, patient and caregiver support groups and support for ALS clinics in Atlanta, Augusta and Macon.

“This year’s ALS Golf Tournament was a record success, and we are so thankful for the local businesses, customers and community members for their generosity,” said Felix Turner, corporate affairs manager for Kroger’s Atlanta Division. “Their support makes it possible for the ALS Association of Georgia to continue working with ALS patients and their families to help them live longer and more productive lives.”

The tournament brought together Kroger team members, vendors, customers, sponsors and celebrities who participated in teams of four in the friendly competition, including: