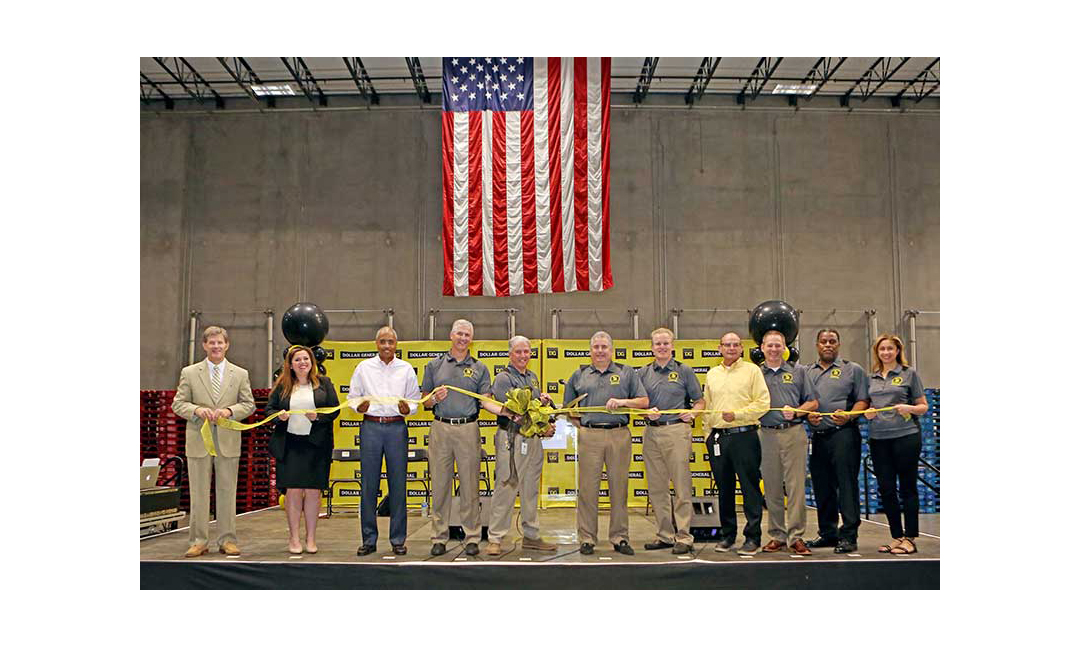 Dollar General celebrated the official grand opening of its 15th distribution center in Jackson, Georgia, this week alongside about 1,000 employees, their families and special guests.

Dollar General and state and local agencies have invested approximately $85 million in the construction of the new center. The company expects its Jackson distribution center to create more than 500 jobs and to deliver immediate and long-term benefits for the local economy.

“We are thrilled to celebrate the grand opening of our 15th distribution center in Jackson today and to create more than 500 new jobs that will provide long-term career opportunities to the people of middle Georgia,” said Todd Vasos, Dollar General’s CEO. “This strategically located distribution center will not only allow Dollar General to contribute to the local economy in Georgia, but it also positions us to further support our store growth strategy throughout the southeast United States. We are grateful for the collaboration from state and local leaders including Georgia Governor Nathan Deal, the Georgia Department of Economic Development and the joint leaders from Butts and Spalding Counties who have been supportive since the project’s inception. We look forward to a positive, long-standing partnership with the community.”

Dollar General first announced its plan to open the Georgia distribution center in May 2016. The company began shipping from the center in fall 2017. Now, the nearly one-million-s.f. center supports approximately 750 stores in the southeastern U.S. Between the Jackson distribution center and more than 800 stores in the state, Dollar General employs more than 7,500 people throughout Georgia. 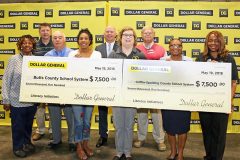 As an extension of Dollar General’s mission of “Serving Others” and its commitment to literacy and education, the grand opening festivities included the announcement of donations to the Butts County School District and the Griffin-Spalding County School System. Each organization received $7,500.

“We are excited that Dollar General chose Georgia to locate their new, state-of-the-art distribution center,” said Georgia Department of Economic Development Commissioner Pat Wilson. “Congratulations to everyone involved with this project. Our interconnected transportation network is the key driver behind Georgia becoming a hub for distribution centers, and I am confident that Dollar General’s strategic location in Jackson will support their growth throughout the southeast.”

“The Dollar General distribution facility has been a tremendous addition to the economic landscape of not only our community, but the entire region,” said Griffin-Spalding Development Authority Chairman Chuck Copeland. “The number of new jobs created by its opening will have a meaningful impact on our area for years to come.”

“Since opening, Dollar General has put people back to work and brought a renewed energy back to our community,” said Bryan Bush, chairman of the Joint Development Authority of Butts and Spalding County. “From their community involvement to their corporate culture, we are excited that Dollar General is a part of the fabric of our community.”

In other Dollar General news, the company is offering new and exclusive products from a number of well-known brands this summer and also is expanding its private label selections.

“Dollar General is excited to deliver a summer of savings to our customers,” said Jason Reiser, EVP and chief merchandising officer. “We have a dynamic lineup of products our customers will only find at Dollar General, including limited-edition products from national brand partners, an expanded assortment of Better-For-You product offerings and a host of unique beauty care products from the newly-launched Studio Selection line. We look forward to helping all of our customers enjoy the summer by offering the value and convenience they have come to expect from Dollar General.”

Upcoming products and offers include:

Dollar General customers can help support the greater military community this summer with every purchase of a limited-edition Red Bull camouflage can. Available exclusively at Dollar General beginning in late June for $3.50, a portion of each sale, up to $15,000, benefits the USO.

A new limited-edition Skittles flavor will be available only at Dollar General stores beginning in late June. Skittles Summer Splash combines strawberry, blue raspberry, orange, kiwi banana and watermelon flavors. Each two-oz. bag will be available for $0.85 each, while supplies last.

Dollar General and Hershey’s are teaming up to salute the military community this summer with the exclusive offering of Hershey’s XL Appreciation Bars. Available in Hershey’s Milk Chocolate, Hershey’s Milk Chocolate with Almonds, KitKat Crisp Wafers and Reese’s, the wrappers include sentimental notes of thanks including “Thank you for your service!,” “A break for all who serve!,” “You’re my hero!” and “You’re the best!” Dollar General and Hershey’s plan to provide a $10,000 donation to the USO this summer to provide additional military support.

Steven Tyler Out on a Limb DVD

Beginning on June 5, Dollar General will serve as the exclusive brick-and-mortar retailer for rock icon Steven Tyler’s new DVD entitled “Out on a Limb” through August 28. Out on a Limb recounts Tyler’s journey to record a Nashville-inspired album with Tennessee-based musicians. Available for $9.95, the DVD includes never-before-seen concert footage.

Frosted Flakes Chocolate with Marshmallows is coming only to Dollar General shelves beginning in July and will retail for $3 per box.

Four exclusive ChapStick flavors are available only at Dollar General this year. They are Tangerine Clementine, Crisp Apple, Fruit Punch and Grape. They are available for $1.25 each.