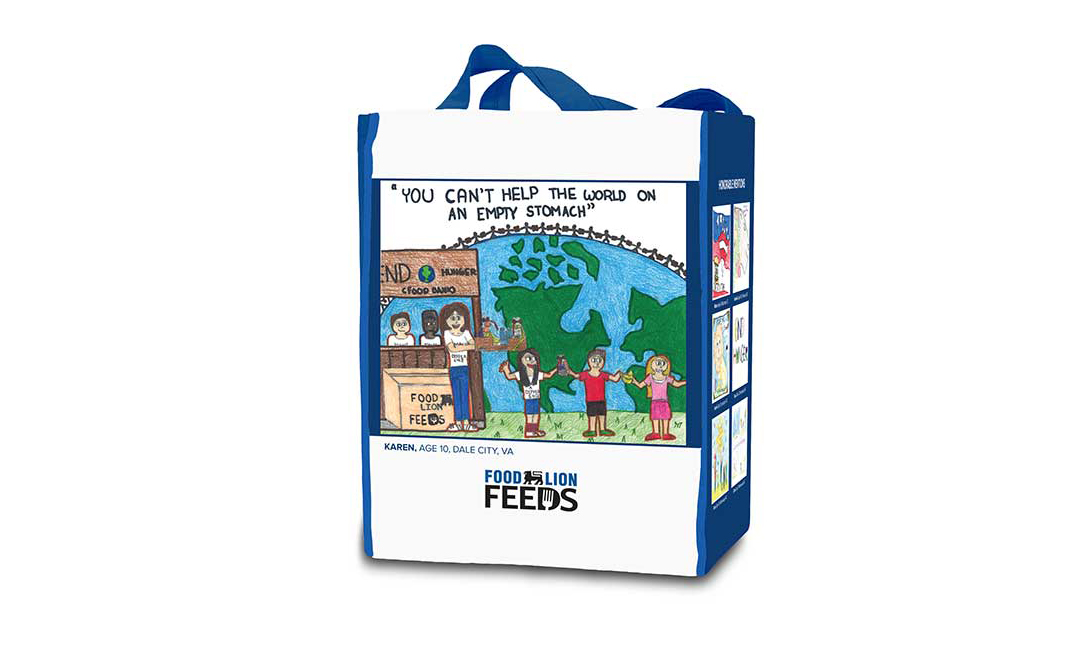 To kick off the campaign, Food Lion is honoring both 9-year-old Isabelle G. of Mount Pleasant, North Carolina, and 12-year-old Reyli R. of Kannapolis, North Carolina, who were both recently named honorable mentions in the grocer’s “Summers Without Hunger” Design-a-Reusable-Bag Contest. As part of their winnings, Isabelle and Reyli received a bag signing party at their local Food Lion stores on June 2. Food Lion Feeds also will present the stores’ local feeding agency partners a check in honor of the winners.

During the summer months, Food Lion Feeds realizes many students go hungry because they lack the only nutritious meal they typically receive during school. Isabelle’s design highlights how she would help feed someone who is hungry in her community.

The Summers Without Hunger campaign is anticipated to help provide more than 1 million meals to families and children in need across Food Lion’s store footprint.

Now through June 26, Food Lion customers have the opportunity to save up to $40 during the grocer’s “Cookout Payout” promotion when they buy participating items using their personal MVP card. Customers may activate and track their progress on Food Lion’s website or mobile app.

Customers can earn $5 in rewards for every $20 they spend on participating items, up to $40 in total rewards. Customers may use the personal rewards tracker on www.foodlion.com or within Food Lion’s mobile app to track progress and rewards achieved.

A list of participating items can be found online, via the mobile app as well as in an in-store booklet.

Based in Salisbury, North Carolina, since 1957, Food Lion has more than 1,000 stores in 10 Southeastern and Mid-Atlantic states.