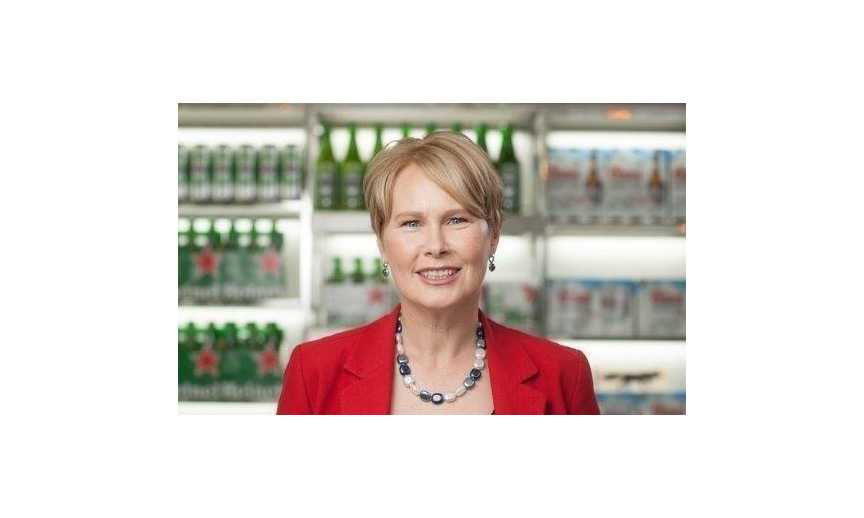 Maggie Timoney has been named CEO of Heineken USA, effective Sept. 1. She will be the first woman in that role at Heineken—and the first woman to serve as CEO of any major American beer company.

Timoney, a seasoned executive with more than twenty-five years of experience in the beer and cider business, will succeed Heineken veteran, Ronald den Elzen, who will be returning to Holland for a global role within Heineken N.V.

Timoney is joining Heineken USA from Heineken Ireland, where she has served as CEO for the last five years. However, she’s no stranger to the U.S., the company says. Timoney joined Heineken USA in 1998 in a national sales planning role and then held a series of sales, strategic planning and distribution roles in the Netherlands before being named the managing director of Heineken Canada in 2006. She returned to the USA branch in 2010 as SVP of human resources and a member of the management team. Previously, Timoney worked in sales for E&J Gallo and as an Anheuser-Busch wholesaler in the Bronx.

“Maggie is a competitive and energetic leader who is known for inspiring teams, operationalizing plans and mobilizing organizations to deliver business results,” said Marc Busain, Heineken Americas region president. “She understands the challenges and opportunities that exist within the U.S. market, and she has the right mix of strategic vision, people leadership and grit to ignite future growth for Heineken USA.”

In Timoney’s most recent post as CEO of Heineken Ireland, she over-delivered on volume, revenue, profit and market share targets while accomplishing year-over-year increases on employee engagement, the company says, adding that she’s known for her knack of making the complex simple and for her ability to deliver outstanding results through people.

Timoney is a graduate of Iona College and a former college basketball standout. She is moving back to the U.S. with her family this summer.

“Heineken USA is excited to welcome Maggie Timoney and would like to thank Ronald den Elzen for his leadership of the company since 2015,” the company said in a statement. “We wish him the best as he begins a new leadership role within the Heineken global company.”

Weigel’s Latest Location Focuses On Made-To-Order Foodservice
Survey: Lidl Is Winning Over Next Generation Of Consumers