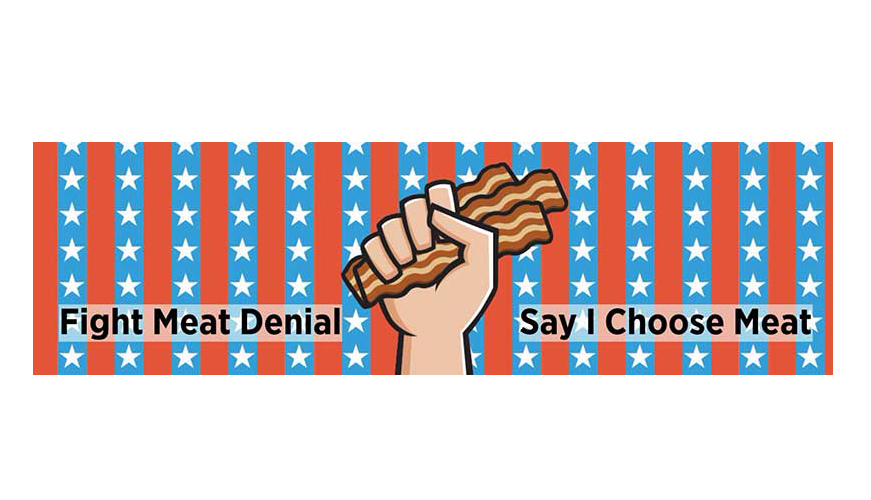 The North American Meat Institute (NAMI) is offering new resources for those it’s calling the “meat denied”—people whose offices are restricting access to meat in the workplace—on a new web site IChooseMeat.com. Among the resources are lists like “Top Ten Ways to Sneak Meat Into the Office” and “Best Excuses to Get Out of Your Office’s Meatless Lunch .”

According the federal data, protein is the only food group consumed at proper levels, on average. With very few exceptions, men are consuming meat at recommended levels and women are slightly under-consuming, making efforts to restrict meat access in the workplace unnecessary. EPA data show that animal agriculture contributes around four percent of greenhouse gas emissions, compared to 28 percent for both energy production and transportation, says NAMI.

“It is disappointing that any company would make a decision to remove a nutritious and delicious food choice, especially when the data is clear that the path to meaningful environmental impact reductions is not through the stomach,” said NAMI VP of Public Affairs Eric Mittenthal. “For both environmental and employee morale purposes, companies are far better served by working to reduce their energy consumption and encouraging public transportation.”

The Meat Institute is also offering its resources to companies, schools and others who are feeling pressured to remove or limit meat as a menu choice.

Beef Meets Sushi In A New Concept From NAMI