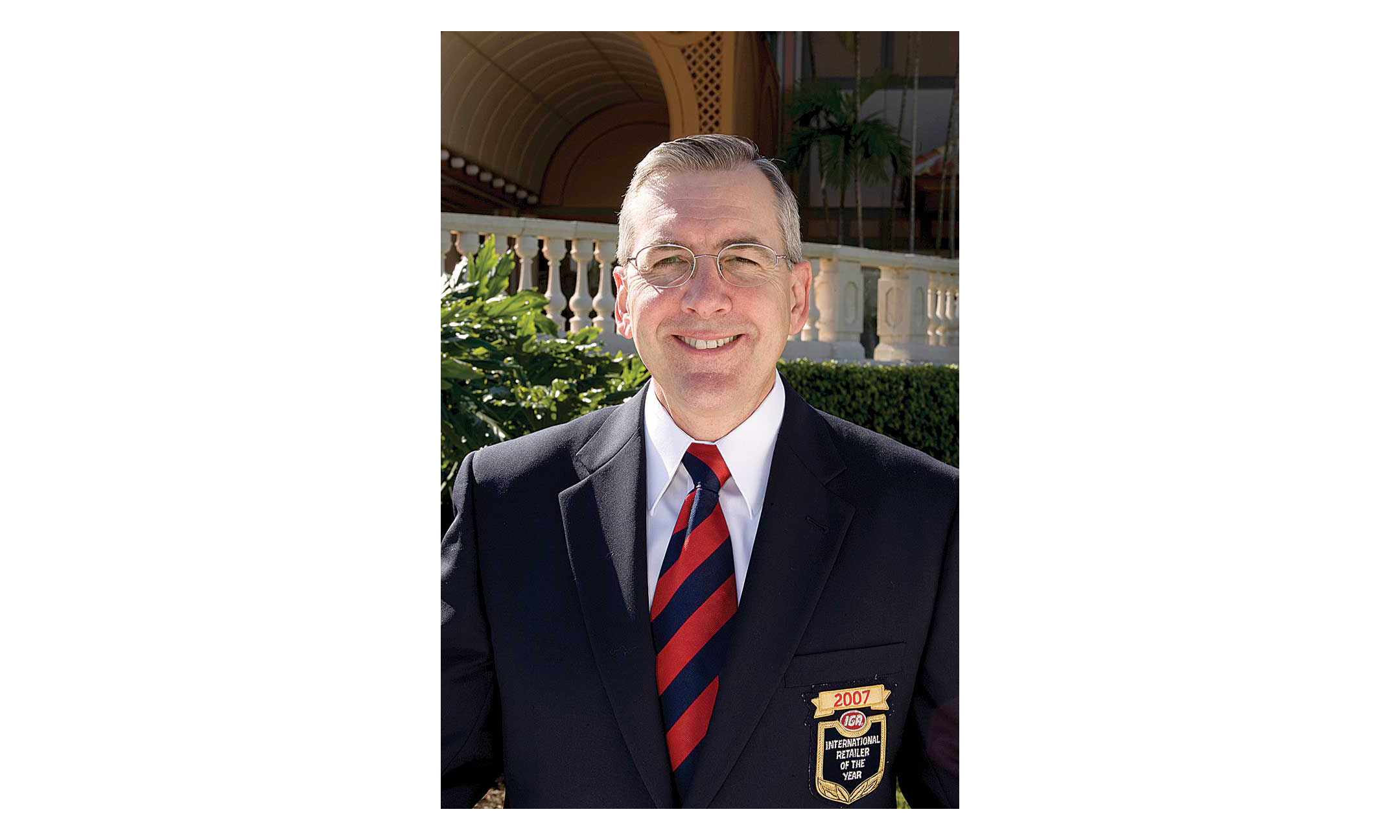 Jim Nilsson Jr., longtime leader of Geissler’s Supermarkets in Connecticut and Massachusetts, quietly retired early in September. He is still working on a couple of projects at Geissler’s, such as e-commerce and installing new software for sales and purchasing.

Nilsson’s duties as owner and CEO, however, are finishing up as he transitions into retirement and will be spending more time in Florida. His two daughters, Jennifer and Jaclyn, are active in the company, and he is the grandfather of two children.

He worked for Geissler’s for more than 44 years beginning in May 1974, when the company had only two stores. Now there are seven locations.

Nilsson is a third-generation grocery retailer who, with his siblings, owns seven IGA supermarkets. In addition to the East Windsor IGA, the family operates IGAs in Windsor, South Windsor, Bloomfield, Granby and Somers, Connecticut, and another in Agawam, Massachusetts.

One of the brightest moments for the company came in 2007, when Geissler’s was crowned one of the IGA’s top supermarkets in the world and also was The Griffin Report’s choice for its annual Retailer of the Year honors.

Nilsson was named one of eight 2007 IGA International Retailers of the Year and was chosen from more than 4,000 IGA Retailers worldwide. (He also was chosen as a retail member of the board of directors of the National Grocers Association at the group’s February 2008 convention.)

“Jim and his family have a long and distinguished history in the grocery business and a strong reputation in each of the communities they service,” said former IGA USA President, Chairman and CEO Mark Batenic in 2008. “We are extremely proud to have Jim as a member of our IGA family and prouder still to honor him as an International Retailer of the Year.”

“It truly is an honor to have been named IGA International Retailer of the Year,” Nilsson said in 2008. “However, this award should really be presented to the entire Geissler organization. Our years of success are due to the hard work and dedication from our employees. It is their high level of commitment to our customers and the communities we serve that allow us to compete with the chain supermarkets.”

In 2011, Geissler’s was selected as a model family-owned business by the Small Business Administration Connecticut office. The Windsor Chamber of Commerce, which nominated Geissler’s for the SBA Award, praised the grocer for hiring youth in the area, involvement in the community and the chamber and helping to sponsor different events and organizations as well as listening to its customers.

Reflecting on his career, Nilsson said there are some major differences today. Focus now is on convenience and foods-on-the-go. Manufacturers also have changed; ounces have been taken off the product, but prices have stayed the same.

“To make any money, you have to do more volume,” he said.

One of the bigger challenges is keeping ahead of the competition, and customer service always has served as the key differentiator between Geissler’s and other retailers. The store’s original focus was customer service.

“That’s the way my grandfather started it; he tried to take care of his customers,” Nilsson added.

“Through the years we’ve tried to give our customers the extra little bit, whether it’s delivery, staffing real-live meat cutters, special meat cuts, catering or special platter orders,” he continued. “Our kitchen services go back to the 1990s.”

Long before formal store delivery became a practice, Geissler’s delivered in the 1920s. Geissler’s has supported programs for the elderly and assisted the needy.

He shared an example of the kind of customer service Geissler’s seeks to provide. Once, Nilsson received a frantic call from a mother who was away and had received a call from a young child who was sick and did not have any food to eat. He himself took the order, picked the food and delivered it to the school.

Nilsson knows the next generation has its hands full, needing to convert traditional stores into those that will meet the needs of people “looking for convenience and a store focused on perishables.

“It is a very difficult challenge. You are losing center store volume, and you are refocusing on perishables,” he said. “Grocery is going by the wayside, and now you are dealing with a restaurant-type business.”

When asked what he is most proud about in his 44-year career at Geissler’s, Nilsson said, “This business supported four families, and I am proud to see the kids are growing up and coming into the business. We are passing it on. The family kept this thing together and are now keeping things going.”

His outgoing message to the trade and Geissler customers: “It has been a great run. I want to thank everybody for the support and kindness throughout the years, and I wish everyone well.”

*Editor’s note: This story appeared in print as part of the 95th anniversary celebration of Geissler’s. See the full special section in the November edition of The Griffin Report of the Northeast.

Geissler’s Looks To The Future After 95 Years In Business