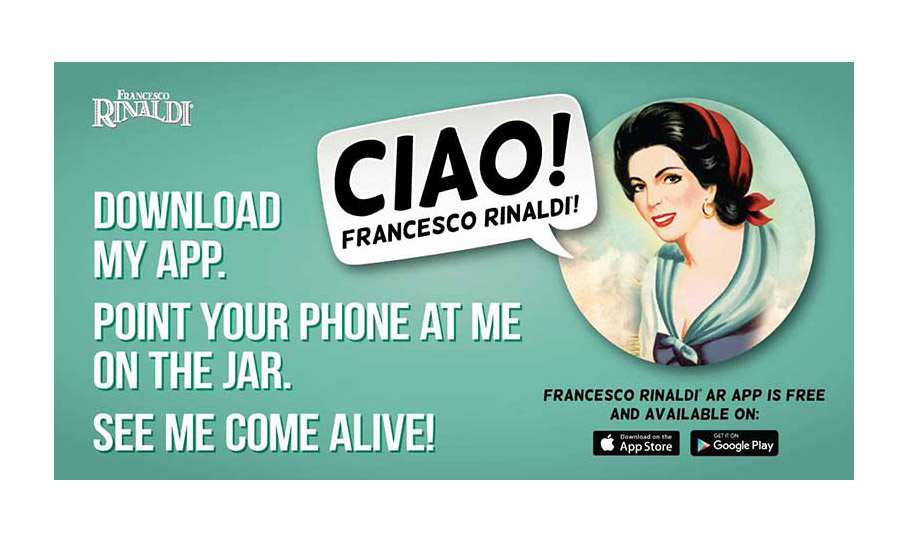 “The iconic Mrs. Rinaldi has graced the Francesco Rinaldi label for nearly forty years, and now at long last she speaks,” said Mary DeMarco, creative and branding director of LiDestri Food & Drink, producers of Francesco Rinaldi pasta sauces. “And through augmented reality, we are looking forward and focusing on technology, all the while staying true to our traditional pasta sauce recipes and Italian culture.”

To interact with the Francesco Rinaldi labels, consumers must download the brand’s app via the Apple Store or Google Apps, point their phone at the image of Mrs. Rinaldi on the label, and watch her come to life with a product message.

Mrs. Rinaldi, speaking in an Italian accent, is featured in three separate messages including the brand’s Alfredo sauces; its new line of organic pasta sauces; and its sustainable packaging called the “Living Jar.” Visual promotions will be in some stores in December where Francesco Rinaldi brands are sold.

Augmented reality technology is new to the pasta sauce aisle, says Francesco Rinaldi, but not to products such as 19 Crimes wine, which have seen significant success with AR. According to DeMarco, this technology was “made-to-order for Francesco Rinaldi thanks to the iconic label featuring Mrs. Rinaldi.”

“She has always been an easily-identifiable and strong symbol for the brand. And now thanks to this new app, we can hear and see her come alive,” said DeMarco. “The app enables us to reach a new generation of pasta sauce lovers by being innovative and disrupting tradition a little. And yet by featuring Mrs. Rinaldi, who shows a whole lot of personality by the way, the brand is embracing its heritage of hard work, integrity and culture.”

PMMI Wraps Up Its Biggest Pack Expo Event Yet 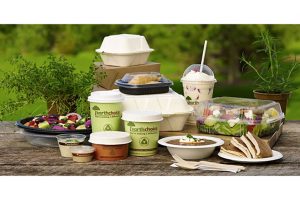