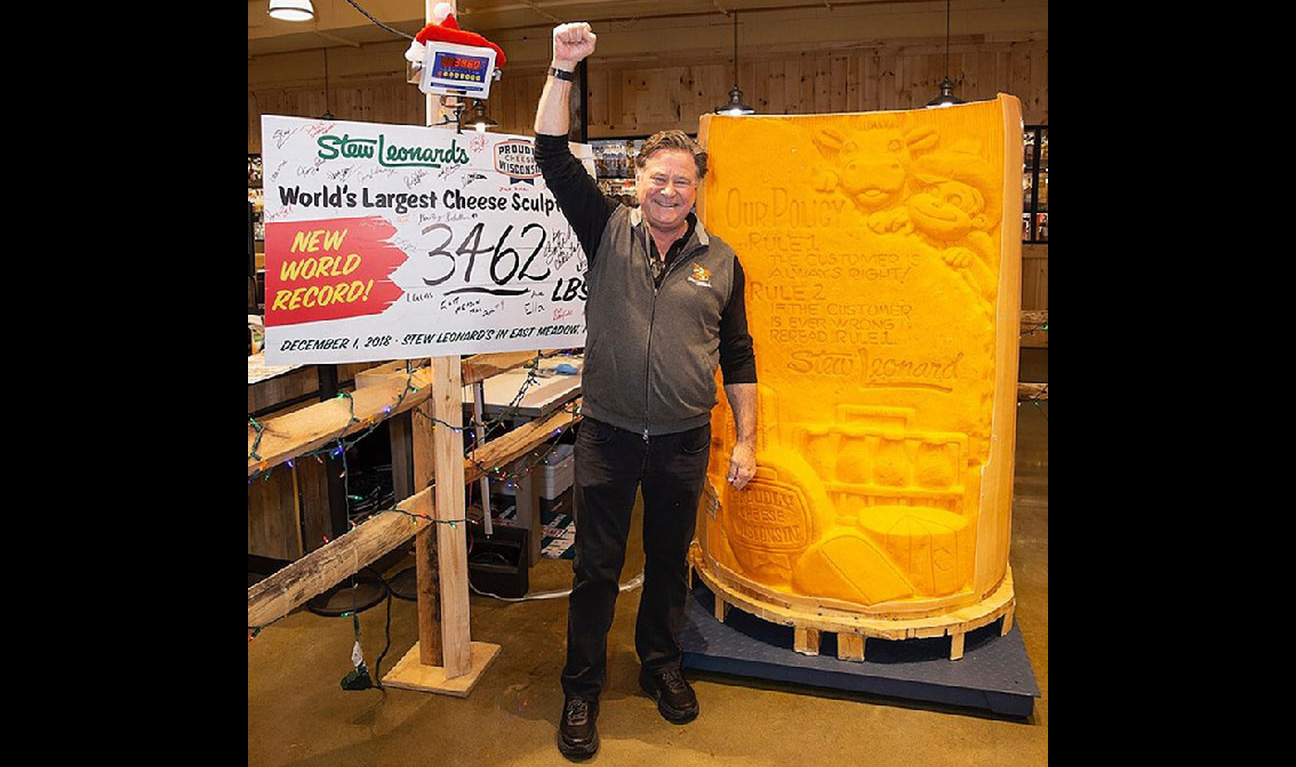 City of Norwalk Mayor Harry Rilling joined Stew Leonard Jr., president and CEO of Stew Leonard’s, at 10 a.m. on Dec. 10 to unveil what the grocer believes soon will be crowned as the Guinness Book of World Records’ Largest Cheese Statue.

The 3,500-lb. brick of sharp cheddar was put on display for the first time in Connecticut at the Stew Leonard’s store in Norwalk, which is located at 100 Westport Avenue. The enormous cheddar sculpture, shaped as Stew’s “Customer Service Rock of Commitment,” exceeds the size of the previous world record by nearly 2,000 pounds, the grocer said, adding that the sculpture will be certified in the coming days by the Guinness Book of World Records.

The big cheese was made with 4,000 gallons—or about 40,000 pounds—of milk. More than 500 cows contributed milk to the endeavor.

The cheese originally weighed approximately 4,000 pounds and was carved in East Meadow, Long Island. All visitors who come to see the cheese will receive a free grilled cheese, made with fresh-cut world-record sharp cheddar, the grocer said.

Stew Leonard’s began as a small dairy store founded in 1969 with just seven employees. Today, the company is still family-owned and operated, but has grown to become a nearly $400 million business with more than 2,500 employees. The company has received worldwide acclaim for excellence in customer service and quality and was selected to Fortune magazine’s “100 Best Companies to Work for in America” list for 10 consecutive years.

In addition to the headquarters in Norwalk, Connecticut, Stew Leonard’s has stores in Danbury and Newington, Connecticut, and in Farmingdale, East Meadow and Yonkers, New York.