Cherry Amaretto Crunch by Indianapolis chef Dan Marinkovich won in the ice cream category and Sofia in the City by Hattie McDaniel of Cunningham Restaurant Group in Indianapolis won for the gelato category in the Carpigiani Challenge on March 5 in Indy.

The competition was hosted by foodservice equipment distributor Van Treese & Associates at its annual open house on Fat Tuesday/Mardi Gras.

Sofia in the City features goats’ milk as the base, with real honeycomb, honeycomb crunch cookies and topped off with local Sofia goats cheese that is aged in ash.

Ice cream category winners from across the country will be invited to the American Ice Cream Final, an event being scheduled in New York City to highlight the tradition of American-style ice cream. Flavor, creativity, structure and consistency are the three parameters used for the evaluation, highlighting the choice of ingredients, the craftsmanship in elaborating the recipe, and the mouthfeel of a well-made ice cream.

Gelato winners will be invited to the American Finale of Gelato Festival America coming up in 2020 for a chance to become one of the American chefs who will represent North America at the 2021 World Final. Flavor, structure, creativity and presentation are the four parameters used for the evaluation, highlighting the choice of ingredients, the craftsmanship in elaborating the recipe, and the visual impact of the gelato.

The other ice cream entrants were:

“Rose DiCardio” by Denson, a chef in Indianapolis

The other gelato entrants were:

“Coffee Chocolate Chip” by Lori Smith of The Dreamery in Elizabethtown, Kentucky

“Pistachio” by John Berman of La Grassa in Madeira, Ohio

Founded in 1946 in Bologna to make the “Autogelatiera” created by Poerio Carlo and Bruto Carpigiani, Carpigiani is a leading maker of gelato machines. In 1989 Carpigiani became part of the Ali Group, the world’s second largest company in the field of production and distribution of professional catering equipment. In 2003 it founded the Carpigiani Gelato University with the aim of spreading the culture of the artisanal gelato throughout the world. Today it has 11 branches in the world training 7,000 students every year, more than 60 percent of them coming from abroad. 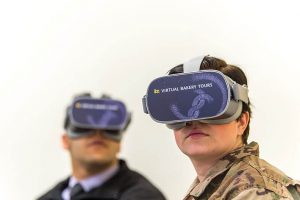