Schnuck Markets will close its 10634 St. Charles Rock Road location in St. Ann on May 5 and a store in Festus at 1275 North Truman Boulevard on June 30. Both stores are in Missouri. All of the approximately 130 employees at the two stores will be offered transfers to nearby Schnucks stores and retain the same rate of pay.

The company was unable to reach a lease renewal agreement for the Truman Boulevard store; its closure will coincide with the expiration of the existing lease. The St. Ann store is closing due to poor sales.

“Since acquiring the St. Ann store, it has continued to operate at a significant deficit and though we have explored many options, we simply do not see a strategy that would be effective in making the store profitable for us,” said Schnucks Chairman and CEO Todd Schnuck. “The difficult decision to close a store is a last resort and we are always sensitive to the impact it can have, so we are especially grateful to be able to minimize some of that impact by preserving our teammates’ jobs and pay.”

“While I’m disappointed that Schnucks is closing its St. Ann location, I do understand that a store needs to be profitable to remain open,” said St. Ann Mayor Michael Corcoran. “I am thankful that the teammates, many of whom call St. Ann home, will not be losing their jobs.”

Schnucks owns the St. Ann location and says it will explore options to sell or lease the property. The grocer says it continues to pursue opportunities to open new locations in the St. Louis metropolitan area, which remains home to more than three-fourths of existing Schnucks stores.

Founded in St. Louis in 1939, Schnuck Markets is a third-generation, family-owned grocery and pharmacy retailer operating 118 stores in Missouri, Illinois, Indiana, Wisconsin and Iowa. It employs more than 15,000 people. 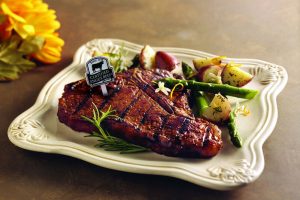