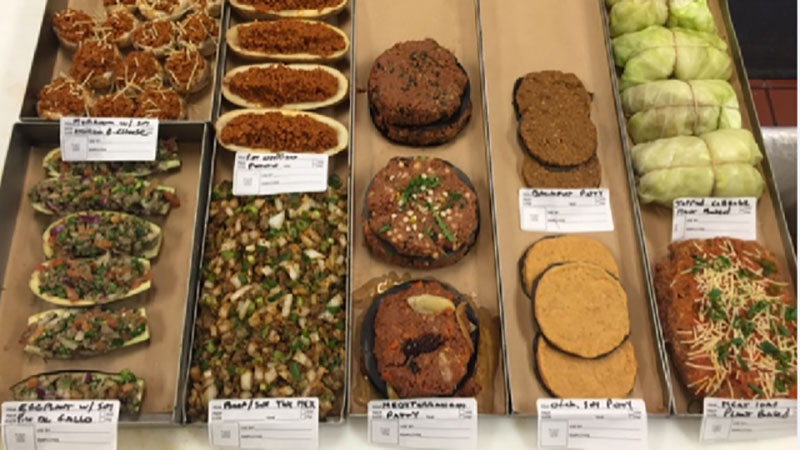 When Bristol Farms opens its new store in Yorba Linda, California, this month, it will become the first grocery store in the country selling plant-based meats and entrees in the butcher section.

The selection will include plant-based chicken burgers and breakfast sausage from Huntington Beach, California-based Before the Butcher, as well as items like no-meat taco mix, vegetarian meatloaf, vegetarian stuffed cabbage, chorizo-stuffed potatoes and a Mediterranean meatless patty made by Bristol Farms chefs using Before the Butcher’s ground products.

The Bristol Farms placement also marks Before the Butcher’s entry into the retail market after several years of selling exclusively in the foodservice channel. The company will debut its Uncut brand of 100 percent plant-based, non-GMO, gluten-free burgers in frozen food cases in major markets later this quarter—including beef, chicken and turkey burgers and breakfast sausage with a taste, chew and bite nearly indistinguishable from their meat-based namesakes. Also, the products hold together on the grill.