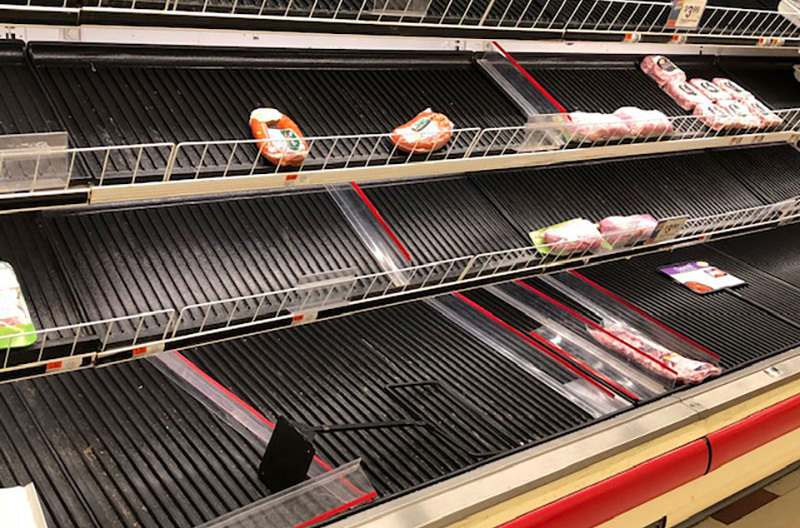 An employee of The Shelby Report saw firsthand Thursday the effects of an ongoing strike of Stop & Shop workers in southern New England.

Stop & Shop workers who are members of United Food & Commercial Workers walked off the job April 11, after more than 31,000 employees authorized their labor leaders to call for a work stoppage amid increasingly strained contract negotiations, according to an article in The Boston Globe.

In addition to members of UFCW Local 1445, members of UCFW Locals 328, 371, 919 and 1459 walked off their jobs at Stop & Shop stores in Connecticut, Massachusetts and Rhode Island.

The Shelby Report’s employee and her family chose the entrance with the least number of picketers. 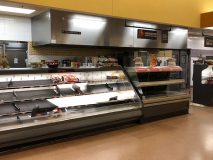 “I was surprised to see how much produce was in the store, but the shelves in aisles were sparse,” she said. “The deli was empty since there were no employees behind the counter. The same was true for bakery, meat and floral. The self-checkout registers were the only registers open. We were the only people in the store.”

As they were checking out, she said a Stop & Shop employee/security person approached them and said it was nice to see a family in the store.

“He explained that most of the people picketing do not want to be. The union is forcing them,” she said. “I asked if they are verbal toward customers entering the store and he said, yes.” 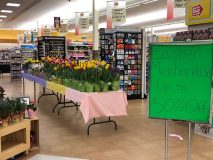 The employee explained there are “rules of engagement” for those picketing outside, but the rules aren’t always followed.

Three security guards were stationed outside where the employees were picketing.

“This gentleman asked if we wanted an escort to our car. We declined,” she said, adding the picketers were gone when she and her family left the store.