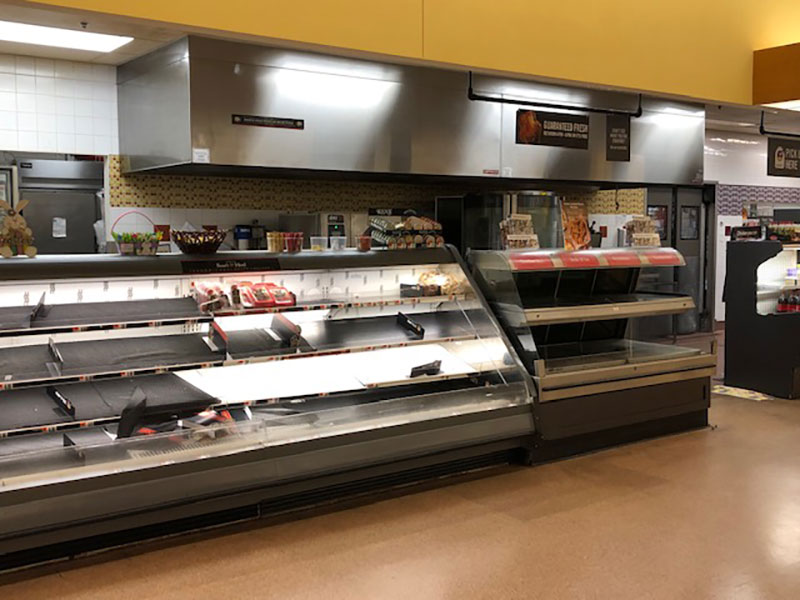 In the evening on April 21, New England-based grocery store chain Stop & Shop and representatives from Locals 328, 371, 1445, 1459, and 919 of the United Food and Commercial Workers (UFCW) reached a tentative agreement (TA), effectively stopping an 11-day strike, according to a press release from the Federal Mediation & Conciliation Service (FMCS).

The five UFCW Locals, representing more than 31,000 employees, went on strike April 11 following the expiration of a three-year contract on Feb. 23.

On the home page of Stop & Shop’s website, this statement appears: “You may have heard about or been affected by the strike that occurred in our Connecticut, Massachusetts and Rhode Island stores. We’ve reached a tentative agreement with the unions, and the strike is over.

Thank you for your patience, your understanding, and for sticking with us. We are now working quickly to restock our stores to provide you with the products and service you deserve.”

Federal mediators Paul Chabot and Martin Callaghan from FMCS were requested by management and the unions to join the negotiations on April 3 following an impasse between the two parties.

FMCS Director Nominee Richard Giacolone commended the parties on their signing of the TA and the work of the mediators.

“Bargaining sessions are no easy task for anyone involved, and I’m proud to see the tenacity and efforts by the parties and FMCS’ mediators pay off with a successful outcome. Being able to create a path for workers to get back on the job is great for management and labor, and certainly great for the customers eager to visit Stop & Shop for their grocery needs once again.”

The work stoppage was highly publicized in local and national media and gained a wide array of attention, including participation by celebrities and political figures.

With assistance by fellow FMCS commissioners Barbara Owens and Dan Ross, Chabot and Callaghan were able to assist the parties in coming to the table and reaching a mutually-acceptable agreement, FMCS said, adding that the agreement reached by the parties concerned provisions on a variety of issues including health care and retirement benefits, wage increases, and overtime pay on Sunday for current members.

FMCS Regional Director Peter Donatello, whose area of responsibility includes New England said, “I am proud of our FMCS team in assisting the parties to reach an agreement. Working with multiple contracts and multiple parties all at the same time and for sometimes up to 12-14 hours a day can bring a unique challenge to mediating any negotiations.”

“Part of our job as mediators is to be able to sort through and assist the parties to align their wants and needs and help better streamline the discussions. We were happy to be able to do just that and we commend the parties in their willingness to be open to each other’s points of view and work tirelessly for an agreement,” said Donatello.

Callaghan said, “From our neutral third-party perspective, it was evident the parties worked hard to achieve mutually acceptable solutions addressing their primary interests.

“Any time there is a stalemate, it’s important that the parties keep talking, even if it is indirectly through the mediators. The parties themselves are then able build on that momentum until the deal is done. I am extremely pleased and thankful to the parties for their tireless efforts in bringing this work stoppage to a peaceful resolution, and happy FMCS was invited to be a part of it.”

FMCS was created by Congress as a neutral and independent government agency upon enactment of the Labor-Management Relations Act of 1947 (Taft-Hartley Act) and mandated to resolve industrial conflict and promote labor-management peace and cooperation, minimizing the impact of these disputes on the free flow of commerce. With headquarters in Washington, D.C., and offices across the country, the agency has a proud track record of decades of effective dispute resolution and conflict management services for employers and unions across industries and work activities in the private, public, and federal sectors. FMCS is also recognized for its success facilitating negotiated rulemaking processes and for its robust employment mediation program in the federal sector as well as its global program, partnering with more than 60 countries to provide international consulting and training.