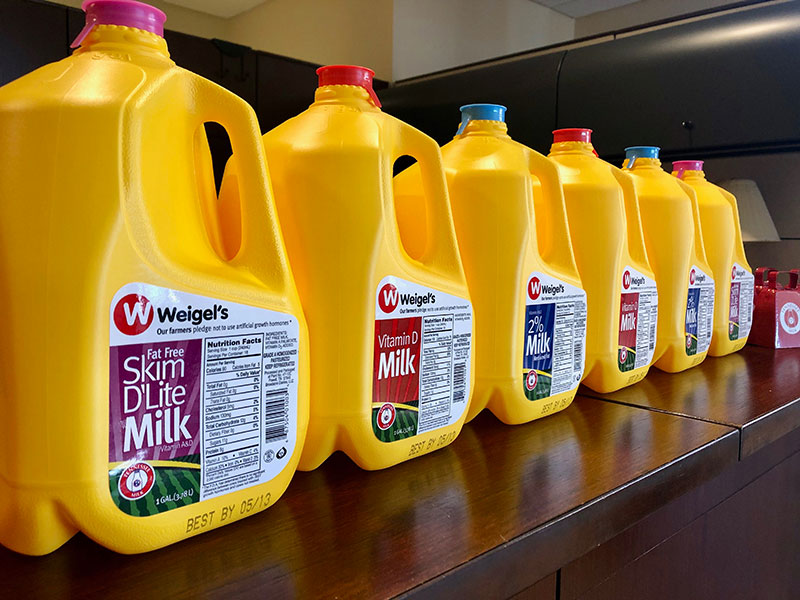 Weigel’s announced April 26 that  it has committed to using only milk produced by Tennessee farmers.

The new Tennessee Milk logo which was created to help consumers identify the sourcing and production of dairy products from Tennessee will be featured on all Weigel’s milk.

According to the Tennessee Department of Agriculture, the state has 230 dairy farms and approximately 33,500 dairy cows, goats and sheep.

“Milk has been an important part of our heritage for over 85 years,” said Bill Weigel, chairman of Weigel’s. “This new logo represents the pride and dedication of our Tennessee farmers, and we are proud to announce that Weigel’s will process and distribute milk only from Tennessee dairy farms.”

“When consumers see the Tennessee Milk logo on our products, they can feel confident that they are directly helping Tennessee dairy farmers, and that their milk is fresh and local,” said Weigel. “It’s our way of helping our dairy farmers, hopefully for generations to come.”

“This logo allows consumers the opportunity to support Tennessee dairy farmers, who are facing challenging times right now,” Tennessee Agriculture Commissioner Jai Templeton said after the law was passed. “We appreciate the Tennessee Dairy Producers Association for supporting the enabling legislation, assisting TDA on the development of the logo, and promoting the program to producers and processors.”

Weigel’s, which says it is East Tennessee’s oldest and largest local dairy, operates 67 convenience stores, a dairy and a bakery, all within a 100-mile radius of the company’s corporate headquarters in Powell, Tennessee.