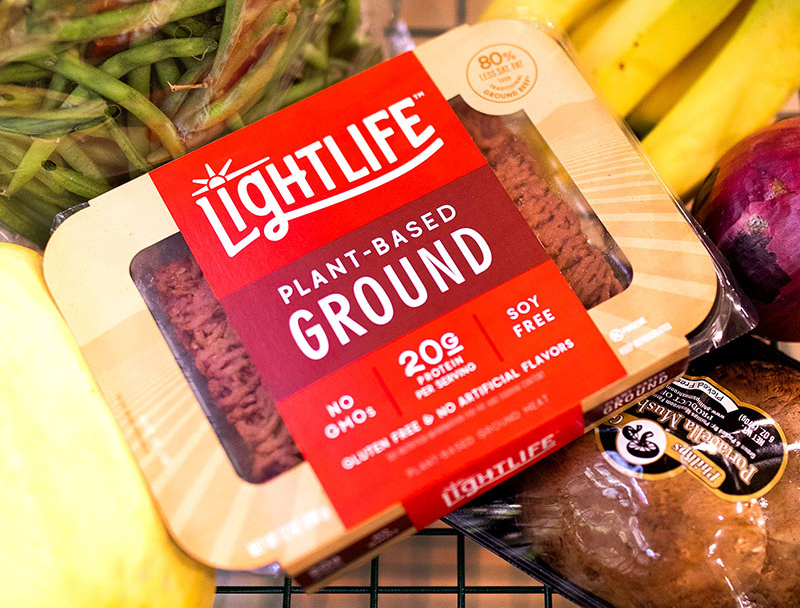 Lightlife Burger and Lightlife Ground will be sold at stores including Acme, Albertsons, Haggen, Jewel, Pavilions, Safeway, Vons and Wegmans as well as hundreds of natural foods stores in the U.S.

“This launch is very exciting time for the business and the brand,” said Dan Curtin, president of Greenleaf Foods, parent company of Chicago-based Lightlife Foods. “We’ve said it before: we didn’t join the plant-based category overnight—we’ve long been pioneering the industry. With this in mind, it’s wonderful to be able to see years of expertise, innovation and passion come to fruition when this groundbreaking product hits shelves this month.”

According to Lightlife, the new line offers the taste, texture, aroma and appearance of traditional meat, but is made of plants. Free from GMOs, gluten, soy and artificial flavors, the line targets those who want to reduce their meat consumption as well as vegetarian or vegan consumers.