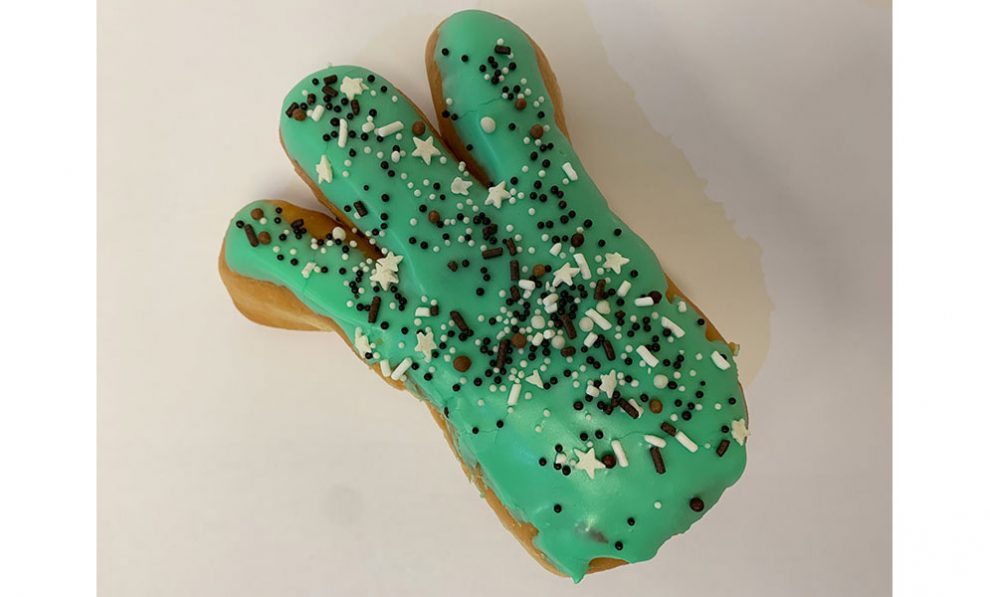 Judges awarded six Arizona residents the coveted finalist title for their donut creations that celebrate the wonders and beauty of the 48th state.

The donut recipes captured all the best Arizona has to offer, with inspiration ranging from the vegetation that graces the Saguaro Desert to popular destinations like scenic Sedona and the Lost Dutchman Cave. The six finalists will each receive a Bashas’ gift card.

Basha’s Supermarkets Donut Flavor Craze Contest judges carefully weighed creativity, flavor combination, and individuality to choose the finalists based on a 100-word description of their best donut idea, including the proposed name, key ingredients, and why their donut perfectly portrays Arizona.

Glory, age 8, Maricopa, Spiky Cactus: A raspberry-filled donut with green icing and white sprinkles so it looks like a cactus in bloom.

Michelle, Vail, Taste of Tucson: A basic donut recipe using mesquite flour instead of regular, filled with cactus jelly, and topped with yellow frosting with a dusting of chili powder.

Melanie, Clifton, Spicy Apple Praline: The inside filling is cinnamon apple, like an apple pie, but spiked with chopped green chili to add a mellow heat, then drizzled with maple icing, and sprinkled with rough-chopped, candied pecans.

Two winning donuts (one kid, one adult) will be selected as winners on June 4, just in time for National Donut Day on June 7. The winning donuts will be featured in Bashas’ bakery cases across the state during the month of June.

In addition to having their winning donuts featured in Bashas’ bakery departments across the state, the two winners will be named Bashas’ Official Bashas’ Donut Ambassadors for 2019, and receive one dozen donuts every month for a year.