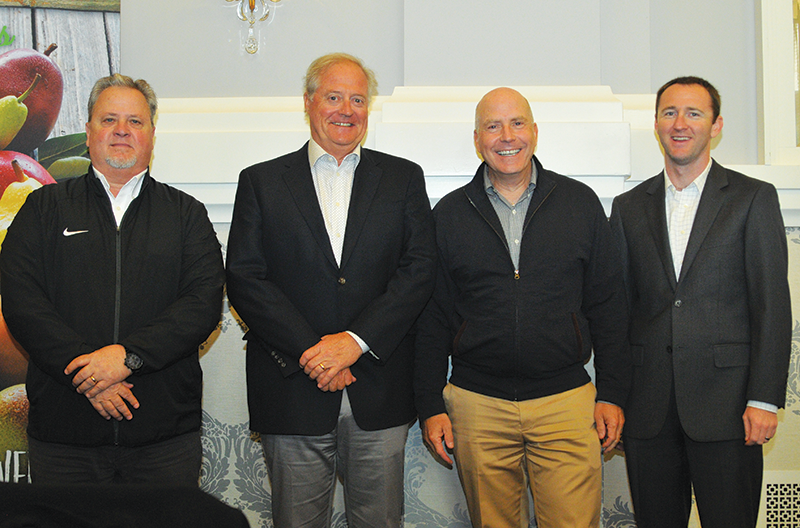 The pear industry elected new officers during its annual meeting in Portland, Oregon. The newly elected officers to the Pear Bureau Northwest (PBNW) will lead the board, and the newly elected officers to the Fresh Pear Committee (FPC) will lead the committee in accordance with Marketing Order 927: Pears Grown in Oregon and Washington. In the position of chair will be Mike Taylor of Wenatchee, Washington, with Scott Martinez of Medford, Oregon, elected as first vice chair. In second chair is Jordan Matson, and in third chair is Don Gibson, both from Yakima, Washington. This will be the first term served for each officer.

“I would like to recognize the new PBNW and Fresh Pear Committee officers elected to represent the organization,” said PBNW President and CEO Kevin Moffitt. “As PBNW continues to find new ways to innovate the pear category and build consumer demand for Northwest pears, it is important to have strong partnerships and collaborations. The leadership that the industry puts in place is an important factor to keeping momentum and consumption high and always pushing the industry forward.”

“The pear industry is entering a time frame of increased focus on consumer satisfaction, as well as innovative marketing ideas and programs,” said Mike Taylor, VP of sales and marketing at Stemilt Growers LLC. “I am honored to take my turn as chair of the PBNW board of directors. I am very pleased to work with the board as well as Kevin (Moffitt) and the PBNW staff in these exciting times.”

Pear Bureau Northwest is a nonprofit marketing organization established in 1931 to promote the fresh pears grown in Washington and Oregon, home to 88 percent of the U.S. commercial fresh pear crop. The bureau represents close to 900 grower families and partners with outlets throughout the world in an effort to increase overall success with the pear category.