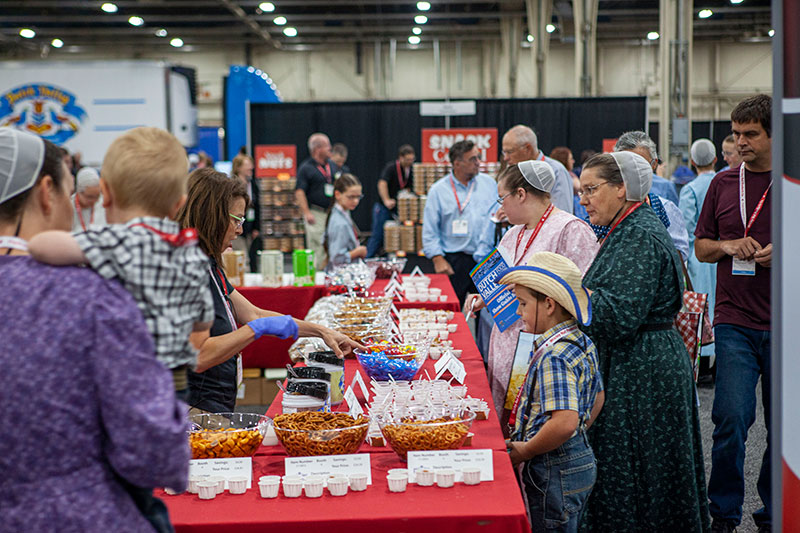 Dutch Valley Food Distributors Inc. held its annual food show June 11 at the Farm Show Complex and Expo Center in Harrisburg, Pennsylvania. More than 1,500 attendees were treated to a day of sampling and special deals on more than 1,200 products at 128 vendor booths.

Featured product categories were candy, snacks, bulk ingredients, deli and Dutch Valley’s own manufactured dried soup starters, dip mixes, and rice and seasoning blends. The show was an opportunity to interact with store owners and buyers to sell the products distributed through Dutch Valley.

The company offers daily tours to view the operations on a daily basis and get a firsthand look at the manufacturing division, the warehouse and the transportation department. 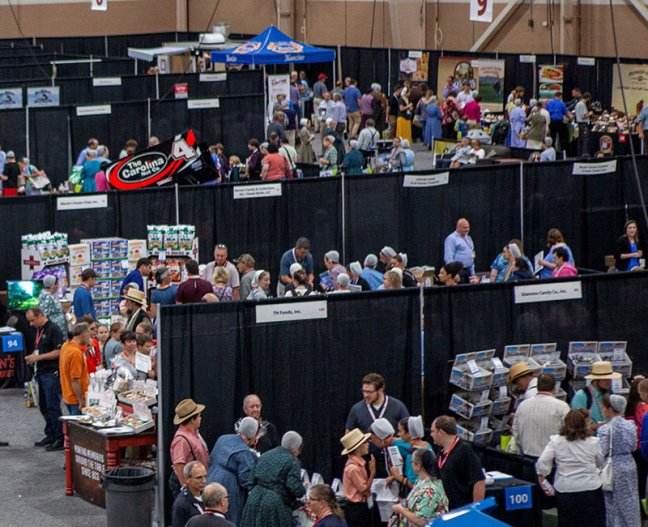 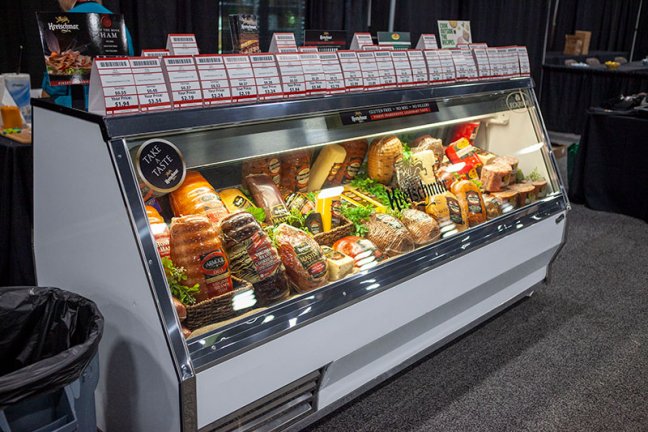 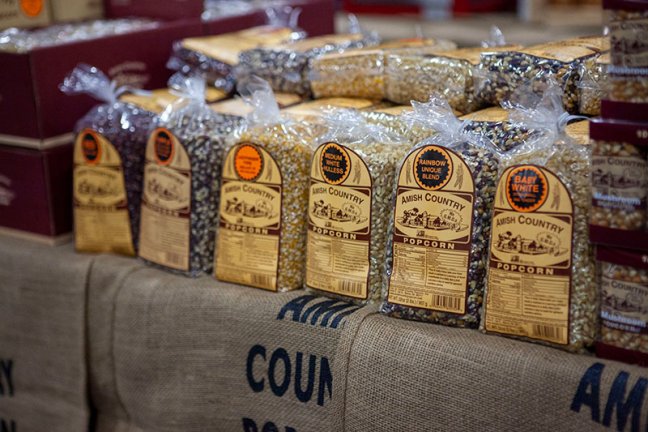 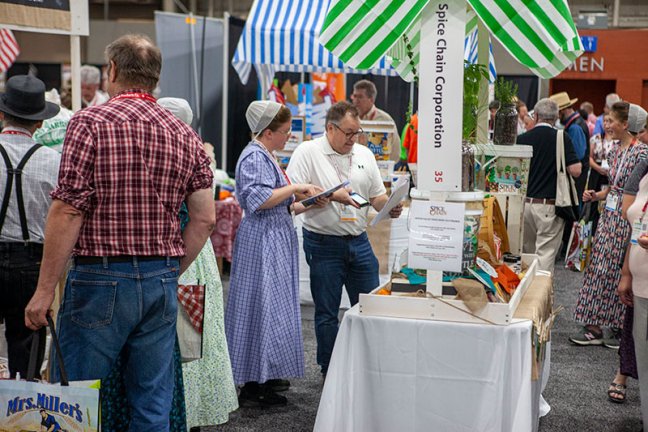 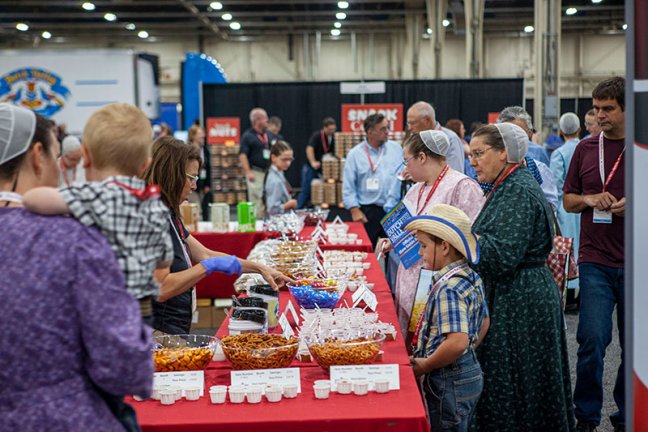 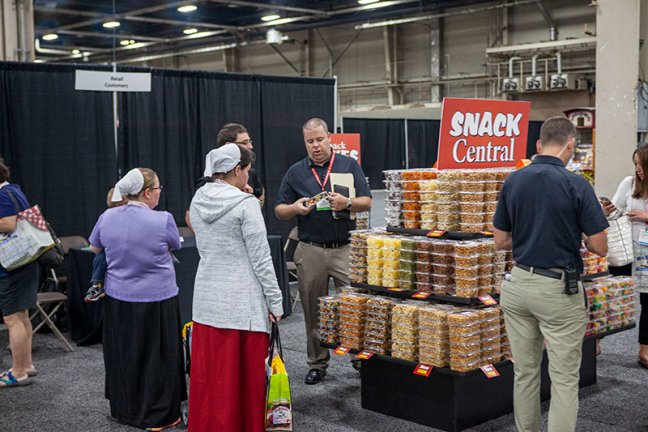 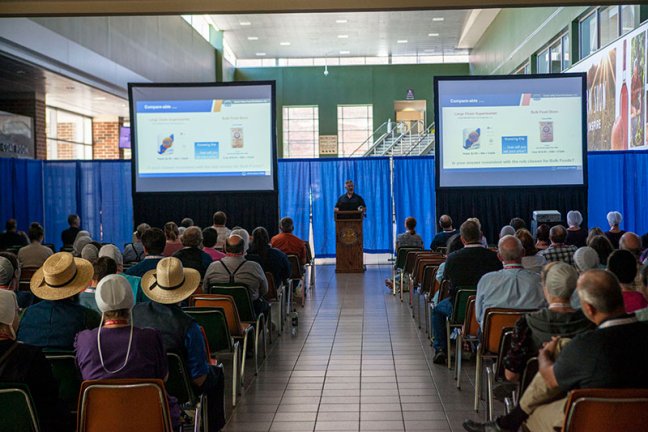 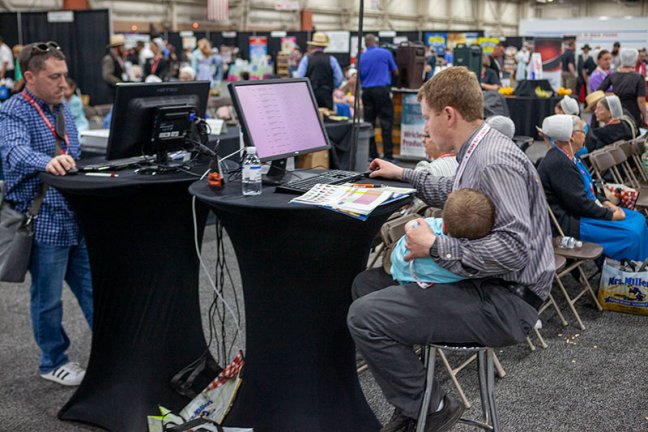 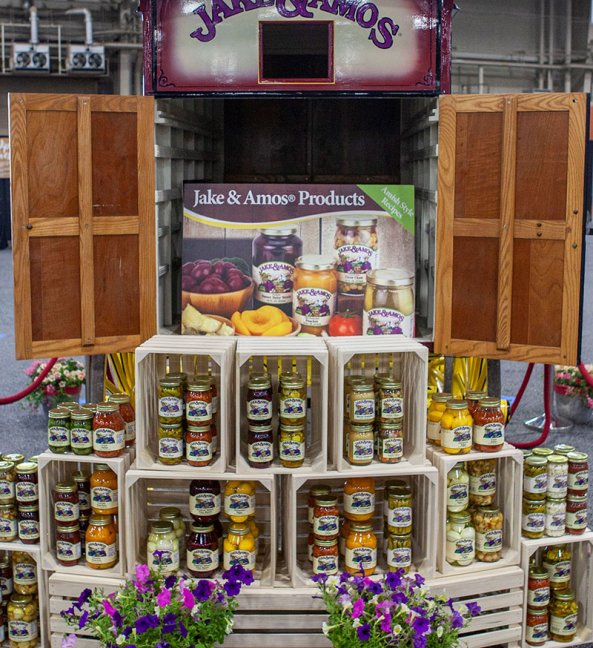 According to the company’s website, the roots of Dutch Valley Food Distributors were planted over 100 years ago when Elam Burkholder, a well-known farmer in East Earl, Pennsylvania, started several new business ventures, including a butcher shop and retail store on the family farm. Burkholder had 15 children, one of which took a special interest in the family business. That child was Clarence M. Burkholder, who became a successful second-generation businessman in butchering and retail store ownership. Clarence, who was best known as “Pappy,” was heralded for his creative ideas, one of which was selling white sugar in bulk form during the canning season.

Pappy’s son Clarence S. Burkholder became a third-generation businessman in the late 1960s when he opened a retail grocery store called Dutch Way Farm Market in Myerstown, Pennsylvania. He grew his bulk food business to include items like sugar, raisins, oatmeal, cocoa and rice. Clarence himself would drive the only straight truck he owned to pick up loads of sugar and other products. As his bulk business took off, Clarence presented the idea of bulk foods to independent supermarkets in the tri-county area.

By 1975, the bulk food business had become a steady success. Clarence acquired Antilles Sugar and Spice Co. and began a larger distribution of his bulk food. Three years later, on Oct. 30, 1978, Clarence changed his business name to Dutch Valley Food Distributors Inc. to represent the rich Dutch heritage found in the southeastern part of Pennsylvania where his family and business began. By this time, Dutch Valley’s fleet had grown to five straight trucks and five tractor trailers, as Clarence took great pride in making sure that all of the bulk products he sold were picked up and delivered by his own trucks to ensure quality and consistency.

Not only was the truck fleet at Dutch Valley growing, but the support staff was too. By the early 1980s, Dutch Valley had about 20 full-time employees, including office staff, salesmen and drivers. One of these staff members was Clarence’s brother, Mel Burkholder, who was one of the first local salesmen for Dutch Valley Food Distributors.

The selection of products in the warehouse was also continuing to grow. More than 1,000 items were now consistently stocked in the warehouse. With a growing product selection, Clarence wanted to ensure he continued to provide quality products to his customers. In order to control product quality, a manufacturing department was started at Dutch Valley Food Distributors. The department began manufacturing sweetened coconut, a few varieties of snack mixes as well as other miscellaneous items. Along with the development of a manufacturing department, the first long distance salesman, C.B. Horst, was hired to maintain a relationship with customers outside of Pennsylvania.

As Dutch Valley continued to grow, Clarence purchased 10 acres of land along route 501 in Myerstown, Pennsylvania. A new facility was built and in 1986 Dutch Valley Food Distributors moved to the location where the facility remains today. At that time, the facility included 2,500 feet of office space and 30,000 s.f. of warehouse space. Two years later, Mel Burkholder purchased Dutch Valley Food Distributors from Clarence. The business continued to experience consistent and healthy growth, which included expanding sales territories, a steady increase to thousands of inventoried items and creating new ways to better serve customers.

Today, the facility employs more than 200 people and sits on multiple acres that includes over 200,000 s.f. of warehouse space, a full-service truck center and state-of-the-art office space and training rooms. The warehouse holds 5,000-plus items such as candy, chocolates, nuts, dried fruit, baking supplies, packaging supplies and specialty items like organic and gluten free foods. These products are delivered to 29 states by Dutch Valley’s own fleet of local and long distance trucks.