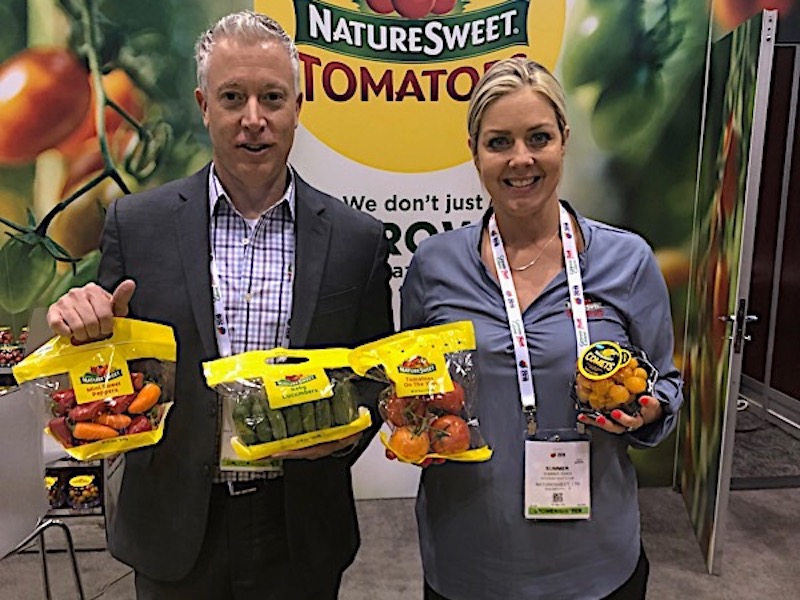 People know the NatureSweet brand because it has been a pioneer in small tomatoes for more than 20 years. The San Antonio-based company now has expanded into other vegetables, according to Michael Joergensen, VP of marketing. He spoke to The Shelby Report’s Southwest VP Jan Meade about the new products in Chicago at the 2019 United Fresh Convention & Expo in June.

“We’re now growing bell peppers, mini sweet peppers, long English cucumbers, mini cucumbers, baby cucumbers, as well as beefsteaks, tomatoes on the vine and Roma tomatoes, and we have a variety of bulk, packaged and loose options,” Joergensen said. “Everything is greenhouse-grown, everything is available 52 weeks a year.

“Hopefully for retailers, it makes it easy,” Joergensen added. “So many already carry our small tomatoes, we just ship it all together. We’re a one-stop-shop.”

The company still is pioneering small tomatoes with the introduction of NatureSweet Comets, which are yellow grape tomatoes. Comets will replace the Sunbursts brand.

“A lot of folks are saying it’s actually sweeter than our Cherubs,” said Summer Jones, business development/sales for NatureSweet. “It is a very good tasting tomato.”

NatureSweet also has introduced D’Vines, which are cherry tomatoes on the vine. The name is a nod to Devine, Texas, where the company was founded. 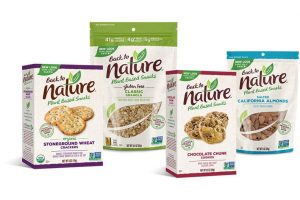 Back To Nature Celebrates 60th Anniversary With Plant-Based Initiative 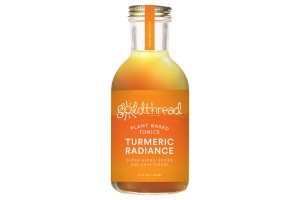