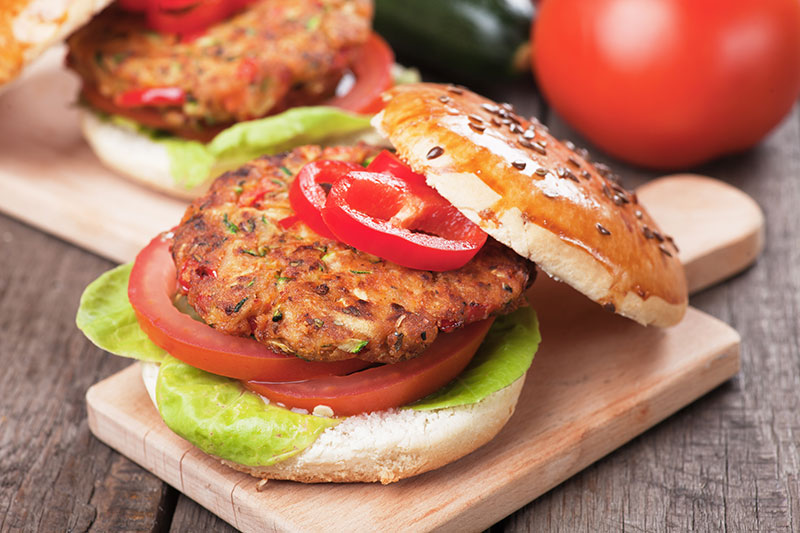 Packaged Facts estimates retail sales of meat substitutes at about $1 billion, with sales traditionally driven by vegans and vegetarians.

With more people embracing plant-based foods, the market has expanded from the popular turkey and veggie burgers to meat-like burgers that “bleed” and offer taste and texture characteristics similar to meat.

That’s according to Rockville, Maryland-based Packaged Facts’ new “U.S. Food Market Outlook 2019.”  It also says that major opportunities remain in meat and poultry, though not in the usual ways or for the usual players.

Meat substitutes and alternatives have garnered much of the recent attention in the market, causing major producers to rethink their protein opportunities and take action.

Lab-grown or cultured meat—produced by in vitro cultivation of animal cells rather than by the slaughter of animals—is likely to be the next major market disruptor. The concept has attracted a lot of attention recently, with both Tyson and Cargill, as well as Bill Gates and Richard Branson, investing in start-up Memphis Meats.

Lab-grown meat has caused controversy and consternation in some quarters. Proponents often call it “clean meat” because it is free of many traditional meat contaminants. However, in September 2018, producers agreed to use the term “cell-based meat” to avoid controversy. They also plan to establish an industry trade association to represent their interests, which will surely promote what followers see as the product’s potential benefits: production efficiency, environmental sustainability, and food safety.
U.S. Food Market Outlook 2019 focuses on the market for selected food products sold to consumers in the United States through retail channels.

All retail channels of distribution are covered in market sizing and discussion, including supermarkets and grocery stores, mass merchandisers and supercenters, warehouse clubs, natural food stores, convenience stores, drugstores, dollar stores, and direct-sales channels including online. Market size data and projections are provided at the retail sales level for 2013-18 and 2018-23, with channel and marketer shares figures for 2018.