Freshpet Inc. held a groundbreaking ceremony to begin the construction of its second Freshpet kitchen, which is aimed to increase production of the company’s signature fresh pet food. The new site will be located at 146 North Commerce Way in Bethlehem, Pennsylvania, which is a part of the campus on which the company’s current kitchen resides.

Two of the company’s co-founders, Scott Morris and Cathal Walsh, numerous members of local government and economic development resources who supported the expansion, along with the company’s first two employees, broke ground in a fashion one would expect from a company dedicated to pets: Dogs dug the first hole to inaugurate construction.

The expanded kitchen campus will include the renovation of an existing 50,000-s.f. building on the campus, as well as the addition of an incremental 90,000 s.f. to that building. Scheduled to begin operating in the third quarter of 2020, the company estimates hiring approximately 100 team members by the time that production begins. The company will employ 100 additional team members when the kitchens are operating at full capacity, generating a total of 200 new job opportunities.

“The expansion of the Freshpet kitchens campus reflects our commitment to continually improving the way we make Freshpet and will help us achieve our goal of changing the way people feed their pets. We believe our pets deserve fresh and natural food just like the other members of our family,” said Billy Cyr, CEO. “This new kitchen will significantly expand our capacity and enable us to satisfy more pets while simultaneously improving quality, cost and safety.”

Freshpet is dedicated to providing the quality nutrition for pets while protecting the planet through sustainable business practices. The company, who recently committed to planting 28,000 trees this year, operates at zero-waste-to-landfill and uses 100 percent wind energy. The new kitchen will follow suit in that sustainability effort. The company has nearly doubled its sales every three years since 2009, with more than 2.5 million households feeding Freshpet today. Freshpet can be found in the U.S., U.K. and Canada and in large retailers. 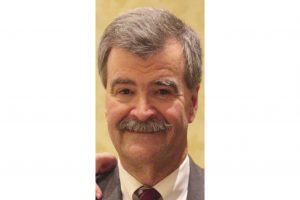