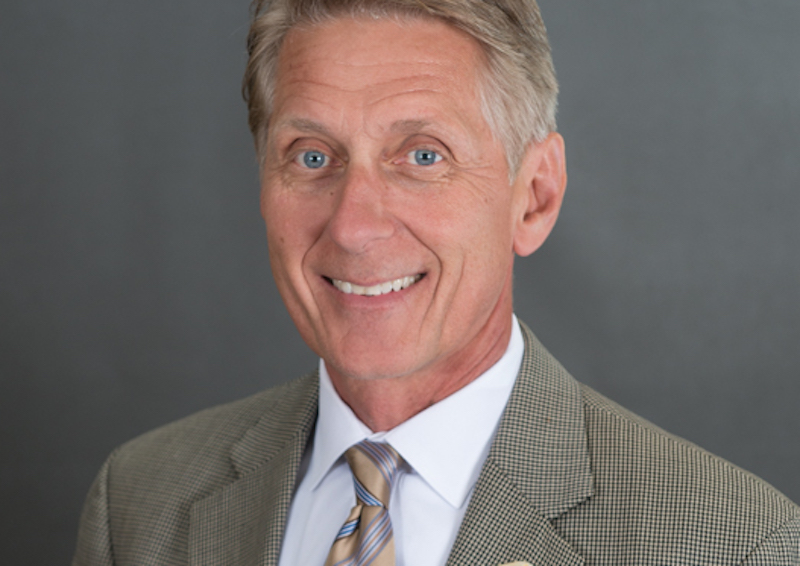 Marlin Greenfield, recently retired from Skogen’s Festival Foods, has been named 2019 Grocer of the Year by the Wisconsin Grocers Association (WGA). It is the association’s highest honor.

A surprise presentation for Greenfield was held at 1:30 p.m. Wednesday, July 10, at the Darboy Festival Foods in Appleton. Greenfield was nominated by Mark Maloney of Russ Davis Wholesale.

Greenfield retired in 2018 after more than 28 years of service with Festival Foods. Mark Skogen, Festival Foods president and CEO, said Greenfield is among the most influential associates in Festival’s 71-year history and that “much of what we now know as hallmarks of Festival Foods began with Marlin.”

For most of his Festival career, Greenfield was chief operations officer and in 2015 he transitioned to senior operations leader, a role that provided him the flexibility to serve the company in a pre-retirement role as a mentor and support leader for Festival Foods’ store operations teams. Greenfield served on the WGA board of directors for eight years and also was honored in 2015 with the Wisconsin Grocers Care Political Action Award, which recognized his many efforts to advance the grocery industry in the state.

Greenfield began his grocery career at age 15 at a small grocery store in his hometown of Waupun. After college, he joined Copps Corp., which then was a family-run, private company. He spent 10 years with Copps, working and managing six locations in Wisconsin. Greenfield then joined newcomer (at the time) Cub Foods, managing stores in Madison, Milwaukee and finally St. Cloud, Minnesota.

In 1990, Marlin met the then-president and CEO of Festival Foods, Dave Skogen, and joined the Festival team at its first store under the Festival Foods banner in Onalaska. Skogen notes several ways that Greenfield helped shape the company and the Festival Foods culture, including relationship-building, mentoring three generations of Skogens and always holding others accountable by being firm but likable.

Greenfield’s positive attitude around service and relationship-building carried over into the community. Among his many community service commitments was serving on the board of the Boys & Girls Club (BGC) of Oshkosh, and he was instrumental in building the partnership between BGC Oshkosh and Festival Foods. In addition to supporting BGC events and programs, Greenfield helped establish the annual Festival Foods Turkey Trot, a fundraising partnership that benefits BGCs and YMCAs throughout Wisconsin.

The WGA is the Wisconsin food industry’s trade association with more than 750 members. Presented annually, the Grocer of the Year Award is given to a WGA member who makes significant contributions to the industry and community. Greenfield will receive his formal award Oct. 2 at the Grocers Innovation Expo at the Kalahari Resort in Wisconsin Dells.