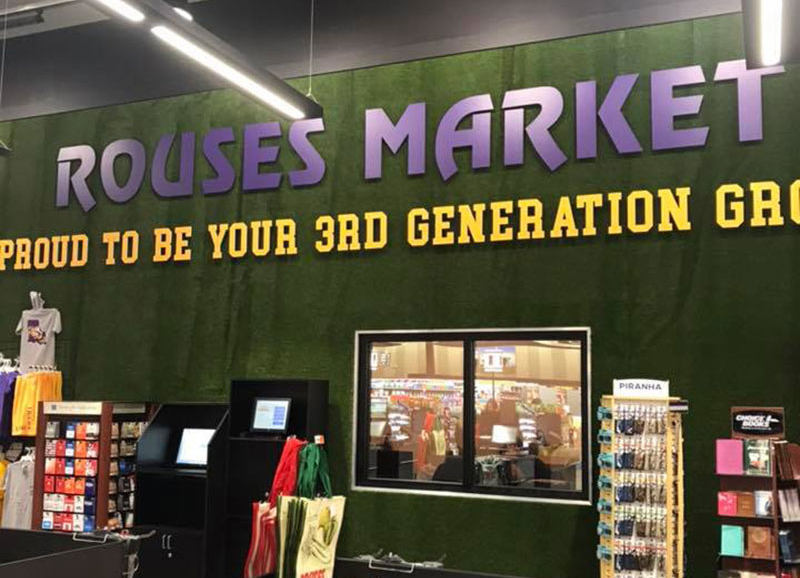 “We could not be more excited to team up with LSU,” says Donny Rouse, CEO. “We’re a Louisiana company and longtime loyal followers of LSU sports.”

Rouses Markets is headquartered in Thibodaux, Louisiana, and has locations across the Gulf Coast, in Louisiana, Mississippi and Alabama.

Rouses Markets has also been named the official tailgate partner and will be the exclusive caterer for The Oaks at Patrick F Taylor, a prime tailgating location on campus. For every home game this season, one customer will win two tickets, a parking pass, and tailgate for 10 at The Oaks. There are other retail promotions specifically for customers.

“Rouses Markets have become an important part of so many of our communities,” said LSU Athletics Director Scott Woodward. “We are excited to welcome this Louisiana-born company as an official partner at LSU Athletics.”

The supermarket will be featured in a variety of on-campus marketing efforts including in-stadium signage and promotions at Tiger Stadium, Alex Box Stadium, Bernie Moore Track Stadium, the Pete Maravich Assembly Center and other sporting venues across campus. Rouses Markets will also be presenting sponsor of the September 14th football game against Northwestern State.

Rouses Markets has been the official supermarket of the New Orleans Saints since 2017. It also has a sports partnership with Nicholls State University in Thibodaux.

Rouses Markets is a family owned company in the U.S. The late Anthony J. Rouse Sr., started with one store in Houma, Louisiana, back in 1960. Today there are 63 Rouses Markets and more than 6,700 team members . Donny Rouse is the third generation of the family to run the company.