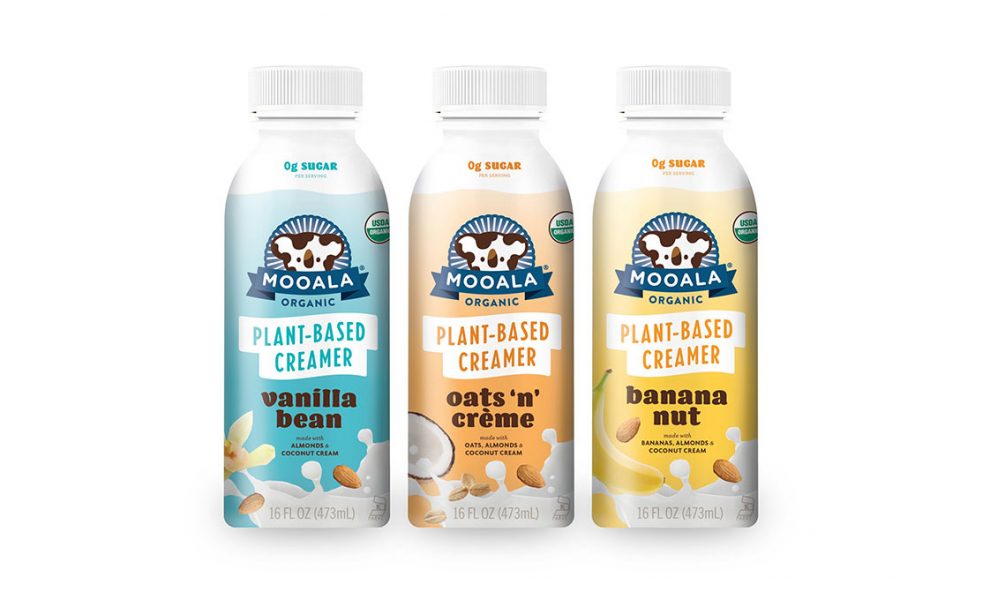 Mooala, a Dallas, Texas-based maker of plant-based, organic beverages, now offers a line of organic, plant-based creamers made with a base of coconut cream and almonds with no added sugars.

“Crafting delicious, organic, plant-based beverages is in our DNA, so introducing Mooala Creamers to the marketplace was a fun and logical evolution for our brand,” says CEO Jeff Richards, who founded Mooala in 2016. “Our fun recipes are organic, unsweetened and plant-based, which really sets us apart from the competition. They’re great options for consumers who are lactose intolerant, embracing a healthier lifestyle or just want a tasty way to join in on the plant-based movement.”

Like all the company’s products, the new Mooala Creamers are USDA organic, dairy-free, gluten-free, carrageenan-free and non-GMO. They are available in three flavors:

• Oats ‘n’ Crème: A combination of coconut cream, almonds and milky oats; and

• Banana Nut: Made with real bananas and nuts.

With an SRP of $3.99 per bottle, Mooala Creamers are “providing great value for consumers and gaining strong traction in retail,” according to the company.

Richards said, “We’re answering a growing need because, until now, the majority of plant-based options included added sugar and were merely non-GMO, which is not enough anymore. Our creamers are USDA organic, which requires non-GMO ingredients but also maintains strict environmental and sustainability requirements.”

The plant-based creamer segment experienced more than 100 percent year-over-year growth during 2018, according to Nielsen.