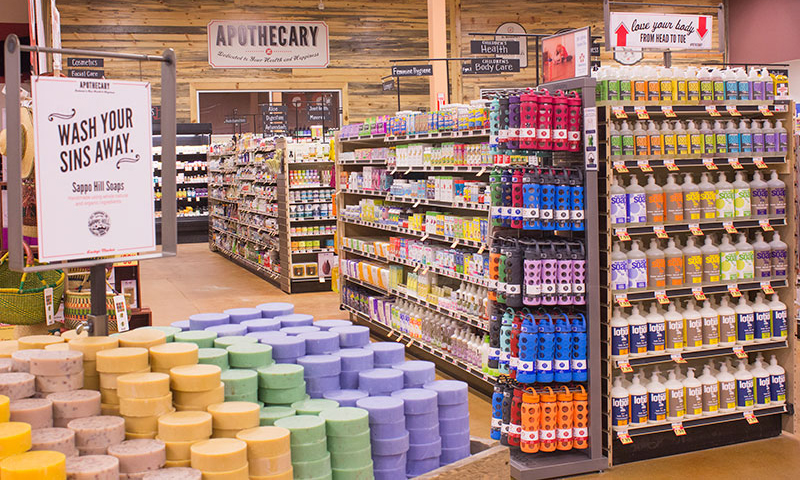 As many grocery shoppers continue to turn toward foods that are natural, or have clean labels, they also are looking for clean products in the area of health and wellness. Sindy Wise said she saw the trend starting to emerge right around the time Lucky’s Market was opening its new store in south Boulder, Colorado, in August 2016.

As a senior director for Lucky’s, Wise oversees the apothecary department—body care, supplements and mercantile.

“Another part of our evolution is always getting better. Every time we open a store, we ask how we can improve on our concept,” she said, adding that before Lucky’s opened its south Boulder store she realized there had not been much change in her department. Wise said she asked herself, “where do I see the trend going? Where would I like to see us go? How can we set ourselves apart from every other natural grocer in the market?”

After working on some ideas, she presented her concepts to Lucky’s founder and marketing team and the end result is what is seen in the stores today. 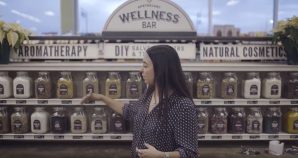 “My initial vision was blending the Chinese apothecary, the New Orleans old-school apothecaries with something modern and approachable,” Wise said. “At that time, again, the whole trend in essential oils was really, really strong. So I was like, let’s just change the entire concept of the department and create this really cool counter where we can have diffusers going, where we can showcase our private label essential oils in little drawers, have jars where people can try things and test things and then just open up that space in front of the department so that people feel welcome. They can come in, have a conversation, shop, linger, smell things, try things, touch things and create more of an experiential kind of thing. So that’s how it started, and it was definitely a drastic change to go from natural living to apothecary.”

What was a drastic change at that time has become more popular today, as more apothecary departments and stores are beginning to be seen around the country.

“I think customers love it,” Wise said. “Usually the reaction is like, ‘this doesn’t exist anywhere that I’ve seen.’”

The department design is important, she said, as Lucky’s wants it to have an “approachability factor.” 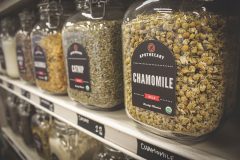 “All of our shelves are low profile; they’re the same shelves you find in the grocery department,” Wise said. “We don’t have a lot of bells and whistles going on. It’s just an open, approachable, comfortable space to shop in. The No. 1 feedback I get is, ‘wow, you guys have a really interesting selection of products.’ Another is, ‘wow, this is interesting; this isn’t what I was expecting.’ Because it isn’t what you would find in a normal grocery store.”

Wise said essentially she is trying to create a “wellness bar” in the stores, where there are all sorts of items for the DIY (do-it-yourself) customer.

“That trend in do-it-yourself has all varying levels of customer involvement,” she said. “Some customers are super intense and want to make their own tinctures, and then there are customers that are entry level who might want to make a lip scrub or something super simple.”

Wise said part of the concept at Lucky’s involves having an approachable base where customers and employees can have a conversation about the different types of things they may be interested in making.

“If you look at the front bar section, we have diffusers going, we have our essential oils, and in the jars we have a lot of unscented carriers like soaps or oils,” Wise said.

A conversation with an entry-level DIY customer could center around making their own scented soap by purchasing a Dr. Bronner’s unscented soap and adding an essential oil to it. A more complex conversation could take place with a customer more experienced in creating her own items, such as a facial mask. Lucky’s has different clays to choose from, along with rose petals or essential oils.

While Lucky’s employees in apothecary are not meant to provide an extensive education on DIY projects, they are available to talk to and “spark creativity with the customer,” Wise said.

Last year, Lucky’s also produced some videos on how to make your own DIY items, such as a cheek stain, a bath or shower scrub or a beachy waves hairspray, Wise said.

“Again, we’re not rigidly trying to say this is how you make this because there are so many different ways you can make different things,” she said. “We want to create a discovery zone where someone can be creative and have a conversation.”

Videos are launched on social media throughout the year.

Wise said the DIY trend in apothecary correlates with the trend of people wanting to cook and create at home.

“I think it all sort of came together at one time,” she said. “When I saw the interest in people wanting to get more minimalist with what they’re looking at, I realized the DIY trend makes total sense because people are wanting minimal ingredients. When you make it yourself you have total creative freedom to do whatever you want, which makes it more fun.”

The apothecary department has garnered a positive reaction from customers, although in some stores it has been a bit slower to capture interest. In others, Wise said they have had customers come in and buy one of everything on a shelf.

“It’s been interesting to see what is interesting to customers, what they’re buying and which markets are interested,” she said. “Really, across the board there’s a general interest and I think as we are in the market longer, customers become more interested in what it is and in trying things.”

Lucky’s recently has added bulk charcoal to its apothecary department, as charcoal is becoming a more popular item.

“There are different things that are popular for different reasons,” Wise said, adding that seasonality and time of year also can drive what people are interested in purchasing.

“Nettles is always a popular item; it’s great during allergy season in general and it’s a great nourishing tonic to take,” she said. “Sometimes I think it’s seasonal and also sort of dependent on the level of knowledge of the staff member. If the staff member is super knowledgeable in a lot of the different bulk items, then they can have a really interesting conversation with a customer. But then some customers come in and they’re like, ‘OK, I want to make this, and I need these ingredients.’ The one thing we’ve done on our side is make sure we carry the most popular bulk items that exist in the marketplace and focus it from there.”

Wise said Lucky’s Market occasionally will get feedback from customers asking to add items and those requests will be considered.

“But basically the items that we have on that bulk herb wall are the best-turning items in the bulk category,” she said.

Wise went to the Rocky Mountain Center for Botanical Studies in Boulder more than 20 years ago, studying herbal medicine. The school no longer exists, she said, but it allowed her to focus on her interest. She has been with Lucky’s for about six years.

“My entire career has been in natural products, with a focus on herbal medicine,” Wise said.

She said bulk herbs were popular in the late 1990s, but then interest died off.

“For a while, it was hard to find bulk herbs anywhere unless you bought through a catalog company,” Wise said. “I think the resurgence with essential oils and all of that brought the herb aspect front and center again. It’s kind of cool to see something that I was so passionate about 20 years ago become popular again today, but in a different way. You don’t need a vast education to be able to participate and play, which I think is the cool part.”

The fact that Lucky’s apothecary department carries a full line of over-the-counter (OTC) products, such as aspirin and Tums, makes it even more approachable and becomes “more of a one-stop shop vs. in some other natural grocery stores (where) you can’t necessarily get OTC items,” Wise said. “I think that just takes the department to the next level.”

As Lucky’s continues to open new stores, Wise said her challenge is to stay on top of trends as the industry evolves.

“I’m always looking to figure out what is the next thing we should do to keep up with the times, but for now I think that where we’re at, we’re definitely relevant in the marketplace with what we have.”

To catch a look inside Lucky’s Apothecary department, watch the video here.