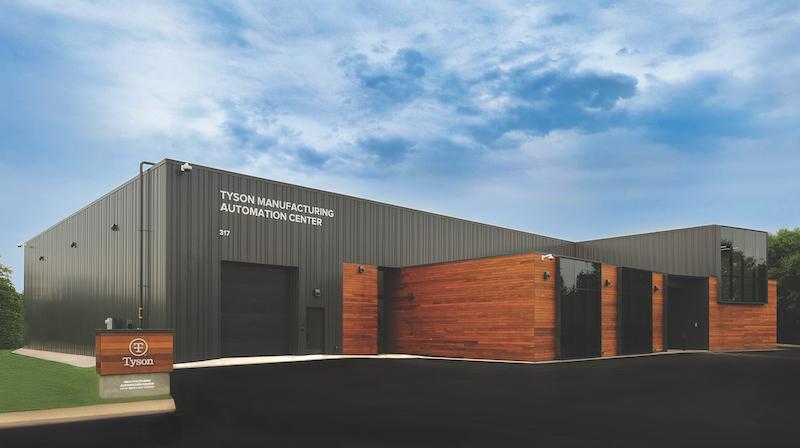 The TMAC officially opened in downtown Springdale, Arkansas, on Aug. 8. The center provides space for the development of new manufacturing solutions and collaboration with the company’s information technology team and equipment suppliers. It also serves as a location for team member training on new technology.

The company says the development of new technology and processes will help improve efficiency and workplace safety.

“Innovation has been a fundamental part of our success for almost 85 years,” said Noel White, president and CEO, Tyson Foods. “This facility represents our commitment to creating the next generation of manufacturing solutions through advanced automation, robotics and machine learning.”

The two-story, 26,000-s.f. facility has four main areas: a machine vision technology lab, a lab that simulates a food production environment, training classrooms and space for team members to train in automation and robotics technology.

The center is in a building that previously was used to service vehicles for the company’s poultry business. Reclaimed wood from the company’s original headquarters was used in the renovated building.

“The key to TMAC’s success will be the collaboration of world-class talent bringing expertise from all aspects of processing,” said Doug Foreman, director, engineering, Tyson Foods. “Their skills and the resources within this facility will allow us to create solutions that will make a difference in the lives of our team members and create value for our business.”

Foreman will manage the day-to-day operations of TMAC with assistance from Marty Linn, who spent 34 years at General Motors, 18 of those as the principal engineer of robotics and manager of advanced automation.

“The creation of the Tyson Manufacturing Automation Center is a key enabler for the company to collaborate and bridge the suppliers in the automation industry with their production facilities,” said Jeff Burnstein, president of the Association for Advancing Automation. “Tyson Foods’ drive to implement robotic and machine vision automation technologies will help them be more competitive on a global scale, provide a safer environment for their team members, and more efficiently provide safe, quality food to people around the world.”

In addition, the company will engage with local schools participating in robotics competitions to further drive awareness around the importance of educational opportunities in areas of science, technology, engineering and math.

TMAC’s first collaboration is with Springdale’s Don Tyson School of Innovation, a technology-rich STEM school. It embraces flexible and blended learning, allowing for a fast-paced and project-based learning environment that promotes student success.

The Don Tyson School of Innovation’s robotics team will travel to Dubai, United Arab Emirates, Oct. 24-27 to compete in the FIRST Global Challenge. The annual, international robotics Olympics-style event brings together youth from around the world to share in their passion for STEM. The company announced a $15,000 gift to help offset travel costs and ensure the entire team can participate in the competition.

The company has invested more than $215 million in automation and robotics in the last five years.

Tyson Foods employs more than 6,000 people in Springdale and more than 23,000 people in Arkansas, and contracts with more than 1,800 independent family farmers in the state, who grow chickens for its operations. The company also purchases cattle, pigs, grain, diesel and other utilities in Arkansas and estimates its annual statewide economic impact at nearly $2 billion. 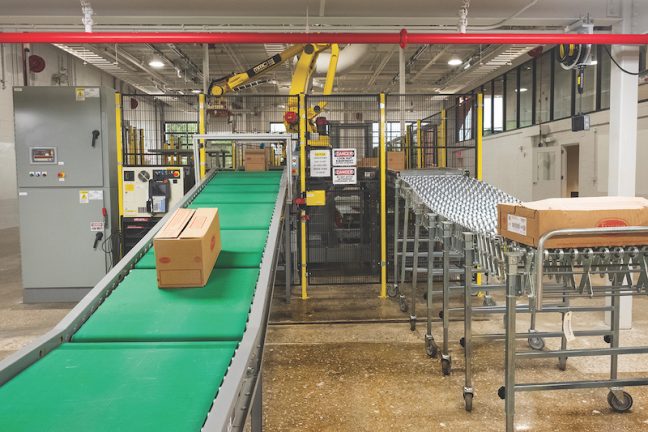