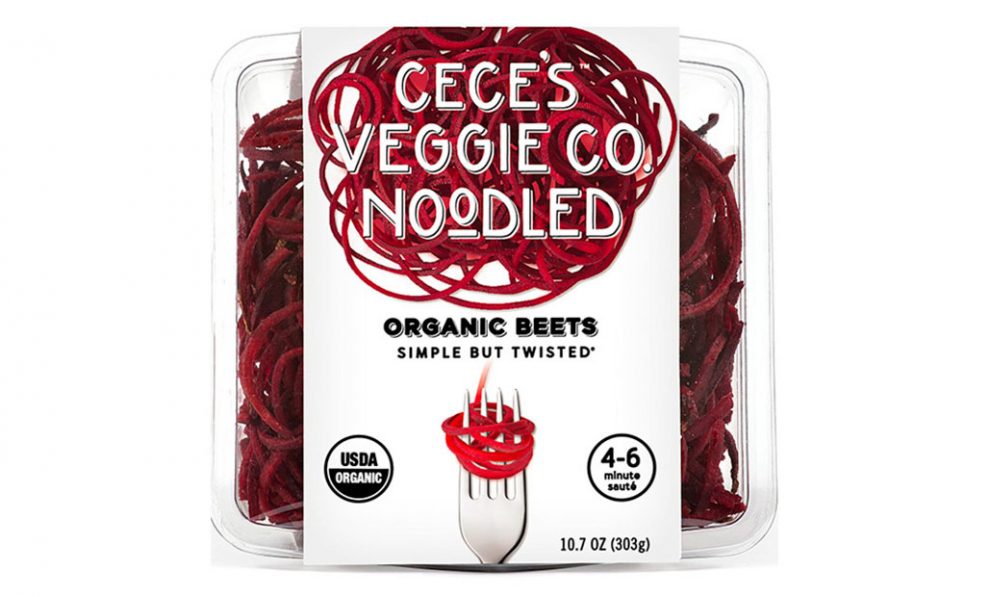 Inc. Magazine released its annual Inc. 5000 List, ranking Cece’s Veggie Co. No. 3 on the list. The Inc. 5000 is a ranking of the nation’s fastest-growing private companies. The list represents a look at the most successful companies within the American economy’s most dynamic segment—its independent small businesses.

“The companies on this year’s Inc. 5000 have followed so many different paths to success,” says James Ledbetter, Inc. editor-in-chief. “There’s no single course you can follow or investment you can take that will guarantee this kind of spectacular growth. But what they have in common is persistence and seizing opportunities.”

“Cece’s started as a harebrained scheme in my kitchen involving my kids (who have gluten allergies), power tools and a lot of mangled sweet potatoes,” says Mason Arnold, Cece’s Veggie Co. founder. “We launched Cece’s in 2015 with two SKUs and a single retailer; the growth and excitement around the brand and products has been noodle-rific. We were confident that the brand would resonate with consumers, but for a produce company to be ranked at the top of this list is completely bananas. The demand for healthy, convenient and organic meal solutions that taste delicious is strong, and Cece’s will continue to innovate with simple but twisted offerings for the whole family.”

Since completing construction last year on a custom-designed, 42,300-s.f. facility, Cece’s Veggie Co. has expanded production capacity by five times, allowing for national distribution in many major retailers in 2018. The fresh-cut veggie products also have been recognized with awards from the leading trade associations in the produce industry, the United Fresh Produce Association and Produce Marketing Association.

Cece’s veggies are sourced through a network of organic farmers. The products are Non-GMO Project verified, as well as gluten free, keto and vegan friendly with no added preservatives, sugars or salts.  Its line of products is available at Whole Foods Market and Sprouts stores nationwide and at Target, Kroger, Albertsons Safeway, H-E-B and other select regional retailers.