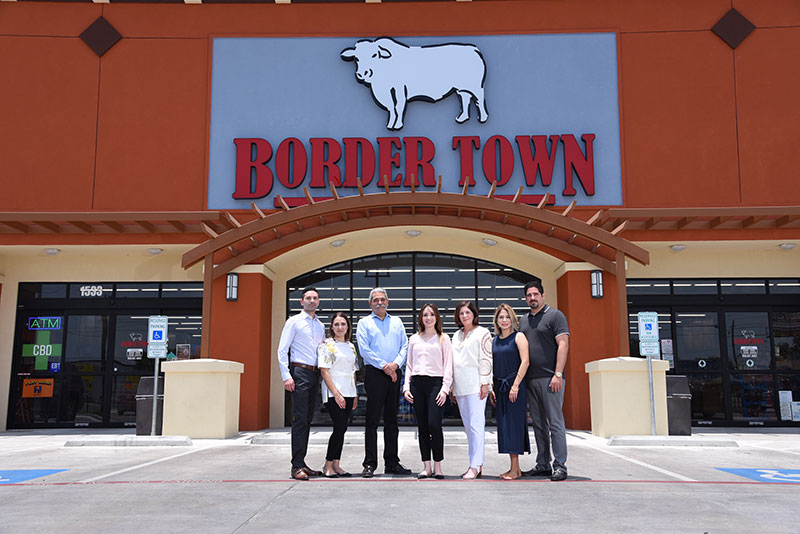 Amando Pena Jr. got into the grocery business working for his father. He carries on the tradition now with his own family. If you ask what makes him most proud, he will tell you it is that he and his wife, Dalina, are able to work with their three children, Liana, Amando III and Reynaldo.

“My wife and I have many years of experience, but without their intelligence and energy, we could not have grown so fast,” Pena said.

He is proud to operate five Border Town stores and also the grocery-hardware “twin store” concept that has made his company successful. It currently operates five grocery stores, which measure about 11,500 s.f. All five will have similar-sized hardware stores attached when the last one is added in September. The stores are located in Alto Bonito, Los Villarreales, Rio Grande City, Roma and Sullivan City.

Pena’s retail experience started early. His parents owned a full-service Gulf station. His father, for whom he is named, was “an extraordinary visionary and risk-taker,” Pena said.

“He knew nothing about the grocery business, but he had his heart set on owning a grocery store. In 1978, he opened his first store. I managed his stores starting in 1981. Retailing was simple and much easier back then,” Pena said.

He worked for his parents for 28 years before branching out on his own. With his experience, he knew what he wanted: a grocery store with a focus on fresh meat. He found a location and made an offer. Border Town was born.

Each of the Pena children has his or her own responsibilities within the company. Amando III manages the office and operations. Liana is the merchandiser and Reynaldo the retailer, Pena said. The Penas use the same management infrastructure for all of the businesses.

The family chose to test its merchandising skills with the grocery-hardware concept in more rural areas before moving into a market where they would be up against big-box retailers. They then opened the fourth location in Rio Grande City, where H-E-B and Walmart are among the competitors. 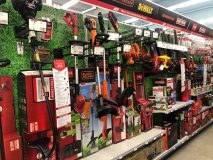 “We built a grocery store and a hardware store with a much smaller footprint,” Pena said. “The store proved to be a great success.”

The fifth store in Roma was a “natural expansion” geographically, Pena said. Everything the family had learned to that point was poured into that location.

“Each store has a different economic reality, but our merchandising mix remains consistent in all of our stores. We do well with Mexican products but that’s not what we’re about,” Pena said. “We offer products that Hispanics want to buy and that is not necessarily Mexico-imported product.”

Zapata County will be home to the next store. It is expected to open in the middle of next year. After that, the Penas will begin remodeling existing locations.

The family’s stores are close to the U.S.-Mexico border, which presents its own set of challenges. Pena described the border economy as having been depressed for many years. 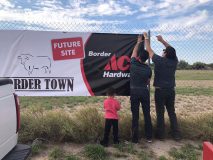 “We operate our stores in that reality and expect that the economy has nowhere to go but up. We started Border Town markets when the border economy was already depressed due to violence in Mexico. The local economy can only get better,” he said. “A new normal has been established.”

Some problems are the same no matter where the small town is located. Dollar stores have been proliferating along the border just as they have in rural areas across the U.S.

“They seem to be pulling back now,” Pena said. “Some Family Dollars are now closing.”

Another challenge for all retailers is the rapid pace at which technology continues to evolve. It is necessary to keep up with the latest technology but not easy to do, Pena said.

He believes Border Town could sell its offerings all over the country. Pena is interested in offering online shopping and said there are “countless potential Hispanic customers coast to coast who would love our special meat cuts.”

“Print ads seem to be on their way out. Social media has replaced local newspapers,” he said. “Most everyone carries a smartphone nowadays. People spend countless minutes—hours—looking at a smartphone screen. Reading a newspaper, not much. Today’s way to advertise is via social media. This may be especially true in small towns.”