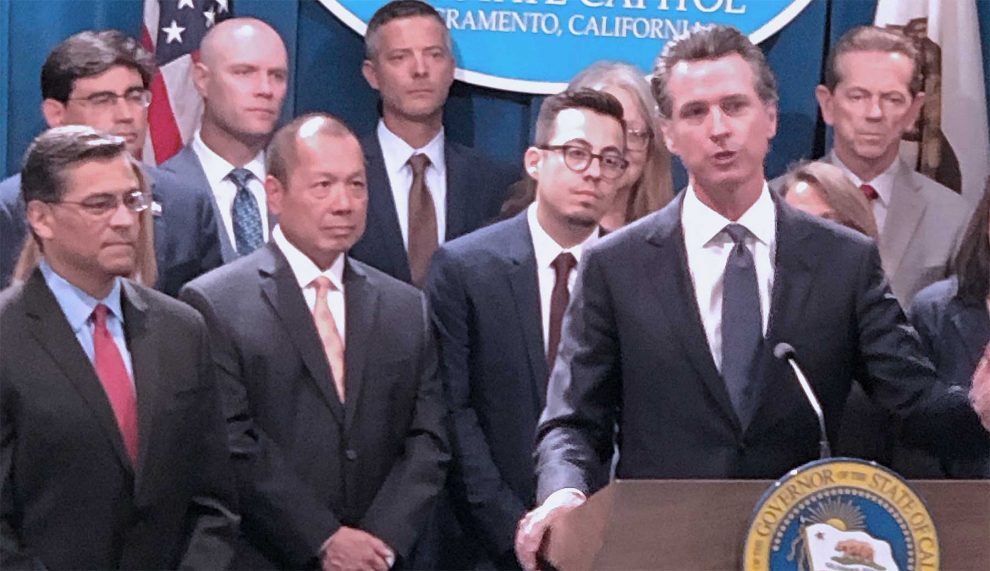 Last October, the Department of Homeland Security issued a proposed rule that would significantly change the grounds for excluding immigrants under the Immigration and Nationality Act.

The lawsuit, filed on Aug. 16, in the U.S. District Court for the Northern District of California, claims the rule targets working immigrants and their families by creating unnecessary new barriers to lawful admission to the United States.

“CGA joins California Governor Gavin Newsom and Attorney General Xavier Becerra with concerns about expansion of the public charge definition to include SNAP benefits,” Fong said after the press conference.

“As grocers, we believe it is vitally important individuals and families have reliable access to healthy foods,” Fong also said. “The SNAP program is a critical piece of the puzzle to combat food insecurity and support healthy eating in California. Including SNAP benefits in the criteria for determining immigration eligibility is likely to serve as disincentive for legal immigrants to access necessary life-line services like SNAP.”