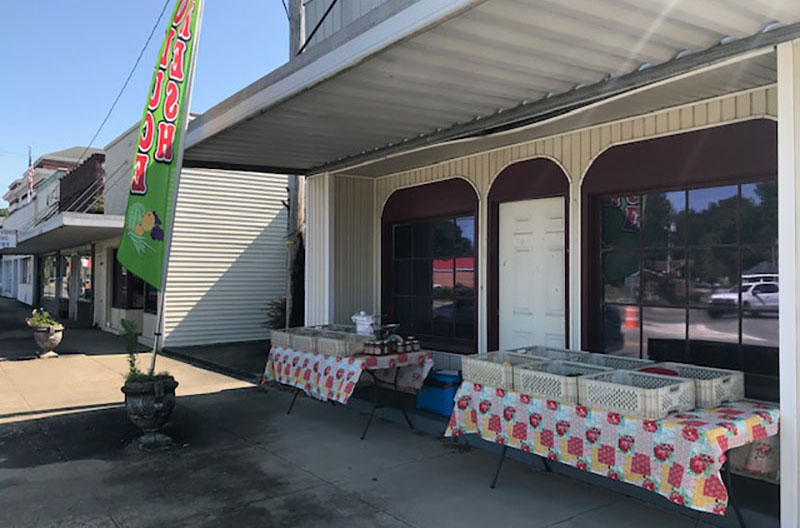 When educators James and Teresa Perkins began growing produce on their farm in western Kentucky three years ago, their goal was to eventually open a seasonal roadside produce stand.

They started with just a quarter-acre of produce and, after getting their feet wet, increased to planting four acres of produce. This year they were planning on eight acres but, due to heavy rainfall, got about six and a half acres planted.

Their plans changed when two of McLean County’s three grocery stores shut down earlier this year, leaving residents of the small city of Calhoun at least a 15-minute drive to the store that remained open on the county line.

The couple decided to open Big Oak General Store in town to help the residents, many of them elderly, continue to have a source of fresh food. That decision brought them to the first of several obstacles they would face. 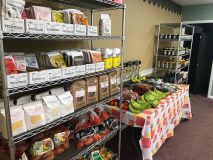 “We tried and tried to find land. We tried to buy the old grocery store, but a church had bought it, so that wasn’t an option,” James Perkins said. “Finally, we found a building that was up for auction. It’s 2,300 square feet and was an old law office.”

While attempting to clean out and update the building, they brought some of their produce to sell out front on the sidewalk. Illustrating the community’s desire for a local grocer, Perkins said they had so many people coming up to buy produce that they couldn’t continue cleaning. They shut down for the weekend, cleaned out just the front two rooms and brought more produce in that Monday.

“We had two lights working and that was it. People still were coming in; the need was here,” he said. “They just kept flooding us. We actually had holes in the wall that we were patching and painting. Finally, after about a week or two, we got the walls painted in those two rooms and put up new lighting. We have now got about half of the building ready to move into. This weekend we’re going to move into a couple more rooms.” 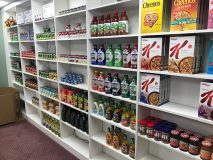 Once the store itself was open, Perkins said trying to find a wholesaler was another obstacle due to the store’s small size. It’s been hard to get wholesalers to take him seriously, he said, “when the first question they seem to ask is, ‘how big is your building?’ When you say 2,300 square feet, I’ve had some just say we were too small.”

He finally reached a deal with Winkler Wholesale Grocers, who said they would do business as long as Perkins would come to the warehouse to pick up his orders, as his volume was too low for delivery.

Perkins said their luck began to change when he received a message via Facebook from a college friend, reminding him that the friend’s parents were in the grocery business. They own five small stores in rural Illinois and met up with Perkins when they all attended a food show at Winkler.

“They’ve been giving me a lot of really good advice,” he said. In addition to advice, his mentors have given him some needed equipment, as well.

The community continues to embrace the new grocery store and Perkins said he hopes to knock down the walls to open up space in the future, as revenue comes in.

Finding happiness in the country

After living in a subdivision in the larger city of Owensboro, Perkins said he and his wife “couldn’t stand it anymore.” He grew up on a Kentucky cattle farm and she grew up on a crop farm in southeast Missouri. They decided to move to a place where Teresa, a public school teacher, could get to work within a 30-minute commute and they could be close to family. James teaches online. They settled in McLean County about four years ago.

Small-town life suited the couple and they settled in, helping out with the local food pantry and working with their church on different projects. James said they began looking around and saw small businesses closing “everywhere.”

“It seems like half of our main street is empty,” he said. “We’re just not wanting it to die, and with the grocery stores leaving, that’s kind of your heartbeat.”

Perkins said they hope to be able to knock down the walls and eventually use the full capacity of the building they are in. He said he thinks by Christmas the store will have enough volume that they can begin getting deliveries.

Within a few years, Perkins said they hope to either find some land and build a bigger store or that the old grocery store building may be put up for sale again.

For now, he said the focus is to keep their products as local as possible.

Perkins said they are going to begin promoting a “meal of the day.”

“Say today is spaghetti,” he said. “We’re going to take a picture of all the ingredients, have a recipe and put it on Facebook. That way, people can just come in and say they want the meal of the day, and we can have it bagged up and hand it to them.”

Perkins said they are grateful to their customers, who keep coming in. From the response of the community, it appears the gratitude goes both ways.