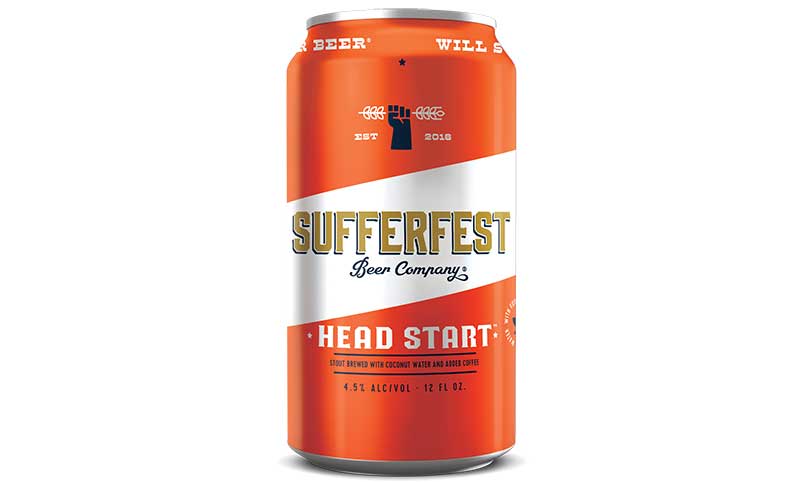 Light in calories (135), Sufferfest’s Head Start stout incorporates coconut water, a touch of coconut milk and sustainably sourced coffee beans from fellow B Corp and woman-founded business, Equator Coffee. Similar to all other Sufferfest flavors, Head Start has been crafted to remove gluten.

“Head Start is a reminder not to compromise; our tribe has been asking for a stout so we wanted to create something rich and indulgent that wasn’t too heavy on the alcohol or calories. Instead, the flavor comes from the richness of Equator’s roast and the levity of the coconut water,” says Caitlin Landesberg, CEO and founder of Sufferfest Beer Co. “It is important to us to use Sufferfest’s hallmark ingredients and partner with like-minded brands.”

FKT Pale Ale
Fastest Known Time pale ale is brewed with black currant and salt, while delivering a quenching feeling from the salt.

Repeat Kolsch
The award-winning Repeat weighs in at 95 calories and 5g of carbs. This Kolsch has been brewed with added bee pollen, making it a fan favorite for those looking for a lighter option without sacrificing flavor or richness.