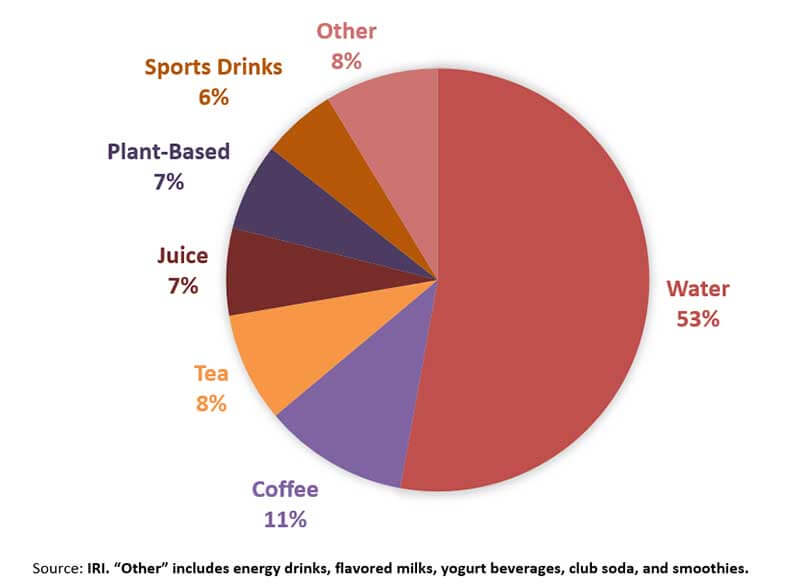 Per capita fluid milk consumption has declined, and beverages made of almonds, oats and other crops have entered the dairy case. But is the market share relationship as direct as A-to-B?

Today, milk still outsells plant-based imitators by a margin of more than 11 to one:

As new beverages enter the market, the marketplace segments. Consumption of established beverages tends to decline as competitors take up shelf space. It’s easier to grow from a smaller base than a larger one. Despite that dynamic, milk is holding up better against new entrants than some other established beverages. For example, here’s the trendline for milk compared to orange juice. 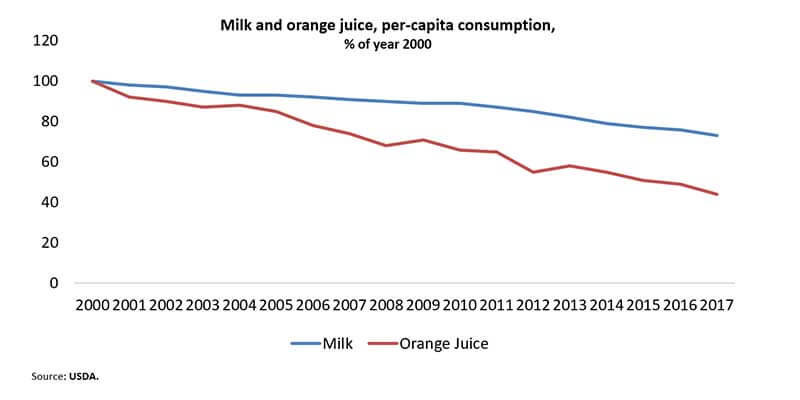 Where milk drinkers have gone

According to a 2017 study by IRI, about 82 percent of lost sales volume for white milk came from consumer switching, with most of the rest from lower overall beverage consumption. Of the volume lost to switching, 53 percent of milk went to bottled water. More than a quarter of the rest went to coffee, tea and fruit juices. Plant-based beverages were in fifth place, accounting for 6.6 percent, with another 4.3 percent going to other dairy beverages, such as flavored milk or yogurt.

The NMPF says decline in fluid milk consumption remains a dairy industry concern, even as total dairy product use reaches its highest per capita levels since 1962. With medical and nutrition organizations recommending only milk or water for children under five, and with a natural product tailor-made to prevent numerous common vitamin deficiencies, the NMPF says milk remains essential for many diets. 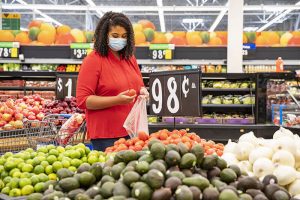