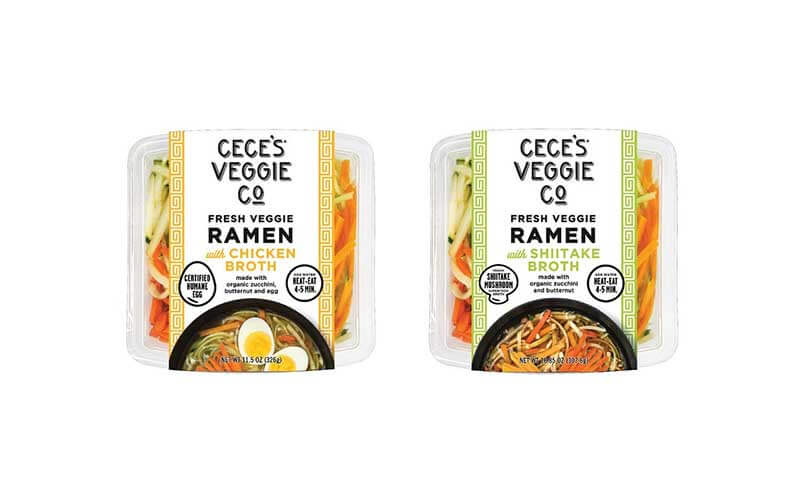 Vegan Shiitake Mushroom Superfood Broth with Organic Veggies pairs shiitake mushroom broth with an organic veggie base featuring butternut squash, carrots, cauliflower and spiralized zucchini. The company says that besides providing a base for meat-free broth, shiitake mushrooms have been shown to promote health in a variety of ways. Their nutrient profile contains a combination of B vitamins, which the company says help boost energy production and brain function. According to CeCe’s, shiitakes are also a good source of zinc, which can help ward off sniffles, and studies also have shown that they have measurable anti-inflammatory and antioxidant benefits.

“Top Ramen got me through college, so I wondered if we could make a grown-up version that’s healthy and still delicious,” said Mason Arnold, founder of Cece’s Veggie Co. “We replaced the traditional ramen noodles with zucchini noodles and it totally hit the spot – the zucchini holds the broth flavors perfectly! At Cece’s Veggie Co., we’re on a mission to offer fun and simple ways for everyone to eat more veggies, and our new Fresh Veggie Ramen product line is a noodle-rific way to get in some veggie nutrition for sure.”

Cece’s Veggie Co. Fresh Veggie Ramen has an SRP of $5.99 for an 11.75-oz. package that provides two servings. Veggie Ramen will be available across the nation at Whole Foods and regional grocers. 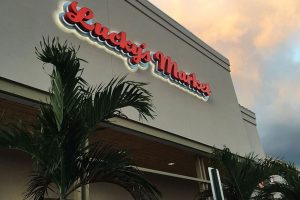