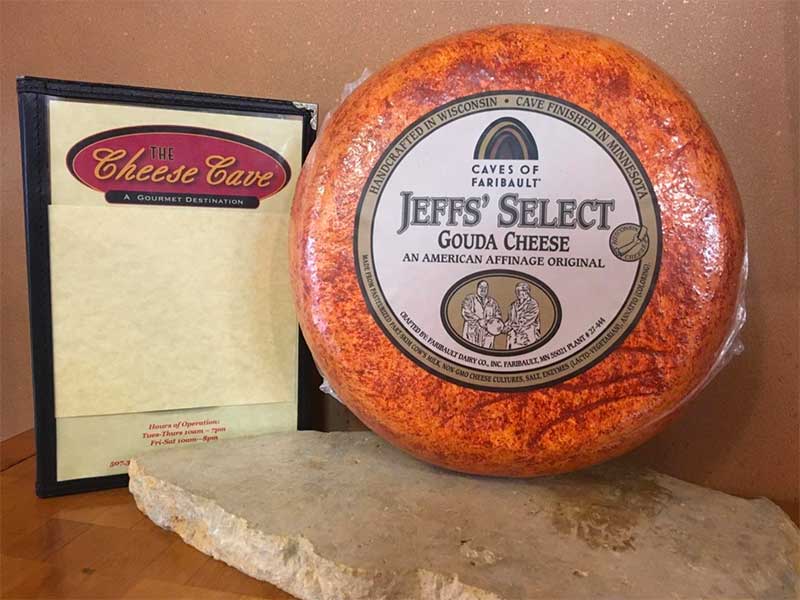 A Prairie Farms cheese division has been named among the winners at the 32nd annual World Cheese Awards held at Fiera di Bergamo in Bergamo, Italy, on Oct. 18. A record-breaking 3,804 entries were judged in a single day.

Caves of Faribault was awarded a Bronze award with its Cave-Aged Jeffs’ Select Gouda Cheese. Jeffs’ Select is made from cow’s milk from Wisconsin before being finished in limestone caves at Faribault, Minnesota. The tradition produces a Gouda that’s full bodied with a European nuttiness and caramel notes.

Entries represented 42 nations from six continents at the World Cheese Awards, which were held in Italy for the first time.  The competition formed part of Bergamo’s annual Forme festival, taking place alongside the brand-new international dairy trade show, B2Cheese.

“Winning this award on a European stage is a great honor,” said Chris Hoeger, Prairie Farms Cheese Division president. “This was our first win at WCS since 2002 and something we can add to our resume of award-winning cheeses. We hope it will open more doors with retailers to see that some of the world’s best Gouda is made right here in the Midwest.”

Records were broken across the board again this year, as more nations than ever before entered cheeses into the planet’s biggest cheese-only event. Entries made their way by boat, truck, train and plane via 13 consolidation points around the world, from countries including Brazil, Israel, Japan, New Zealand and South Africa. This year’s competition had 260 judges from 35 different countries who assessed the appearance, texture, aroma and flavor of the cheeses, giving Bronze, Silver, Gold and Super Gold awards to winning entries.

The U.S. Dairy Export Council (USDEC) played a role in raising the visibility of American made cheeses at this year’s contest. More U.S. dairy companies entered than ever before thanks to a program offered by USDEC that provided funding for entry costs and shipping.

Caves of Faribault Jeffs’ Select is available in the dairy section at grocery and foodservice outlets throughout the Midwest.

Edwardsville, Illinois-based Prairie Farms Dairy Inc. is one of the largest dairy cooperatives in the Midwest, with more than 800 farm families, 6,000 employees, 44 manufacturing plants, more than 100 distribution facilities and annual sales of more than $3 billion. The cooperative’s distribution footprint covers more than 30 percent of the United States.