“The consumer packaged goods (CPG) industry is encouraged by the latest USMCA negotiations and hopes the announced deal will lead to swift congressional ratification of this important multilateral trade agreement. Under NAFTA, the CPG industry thrived and now contributes $2 trillion and 20 million jobs to the U.S. economy—and we anticipate continued growth and success for the industry under USMCA. Strong relationships with key trading partners are essential to our ability to provide Americans with the safe, affordable, high-quality products they enjoy every day.”

NGA, the trade association representing the independent supermarket industry, issued the following statement from NGA Director of Government Relations Molly Pfaffenroth praising the announcement that the administration and House leadership have agreed to hold a vote on the United States-Mexico-Canada Agreement.

“NGA is pleased House leadership plans to vote on an agreement that encourages free trade and the imports of vital products sold in independent supermarkets. Main Street Grocers are the backbone of communities across the country, providing quality products at an affordable price and creating close to 1 million jobs. USMCA ensures grocers can keep shelves stocked with desirable items like fresh produce. We strongly encourage Congress to vote yes on USMCA so that grocers can head into 2020 with the certainty necessary to continue serving their customers.”

FMI released the following comments from Andy Harig, VP of tax, trade, sustainability and policy development, on the announcement of a path forward for the United States-Mexico-Canada Agreement:

“We are extremely encouraged by today’s announcement that congressional leaders and the Trump administration have reached agreement on several outstanding issues and will now move forward with a vote on the USMCA.”

“The USMCA improves NAFTA by modernizing it for the 21st century and securing the gains of the last 25 years for future generations. Areas like biotechnology and e-commerce—which were in their infancy when the original deal was negotiated—are addressed, as are science-based food safety standards that reflect the growth of knowledge in the field.”

“Progress on the USMCA would not have been possible without the Trump administration and the House Democratic leaderships’ focus and collaboration to create an updated and comprehensive USMCA that works for all parties. We greatly appreciate their efforts, as well as those of Senate leadership and our partners in Canada and Mexico.”

“FMI and the food retail and wholesale industry look forward to reviewing the finalized details of the USMCA and working with House and Senate leaders to successfully pass this bipartisan new trade deal, ideally before the end of the year.”

The U.S. dairy industry commended the White House and Congress for reaching a deal on the United States-Mexico-Canada Agreement and urged lawmakers to vote swiftly on legislation implementing the trade pact.

“Passing USMCA would be a boon to America’s dairy farmers,” said Jim Mulhern, president and CEO of NMPF. “USMCA will expand trade opportunities with our most valuable partners and secure immediate benefits for our rural communities, adding an estimated $548 million to dairy-farm revenues in its first six years after implementation. Newly announced improvements to USMCA will also ensure that if our trading partners flout their dairy obligations under the trade deal, the U.S. has the tools it needs to vigorously enforce our rights. An already good deal for U.S. dairy farmers is even better now, thanks to these changes.”

“Washington has worked hard to make USMCA an even better deal for America’s dairy farmers and exporters; now we are counting on Congress to move expeditiously to pass USMCA and usher in its significant improvements to trade rules,” said Tom Vilsack, president and CEO of the U.S. Dairy Export Council. “Finalizing USMCA will bolster international confidence in the U.S. as a serious negotiating partner and build momentum for other trade agreements in key markets abroad. Without this crucial trade agreement, Made-in-America dairy and agriculture products could be left behind in the new year.” 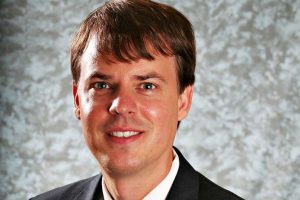 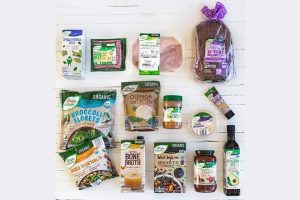 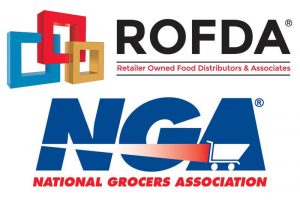 NGA, ROFDA Merger Will Not Take Place As Scheduled