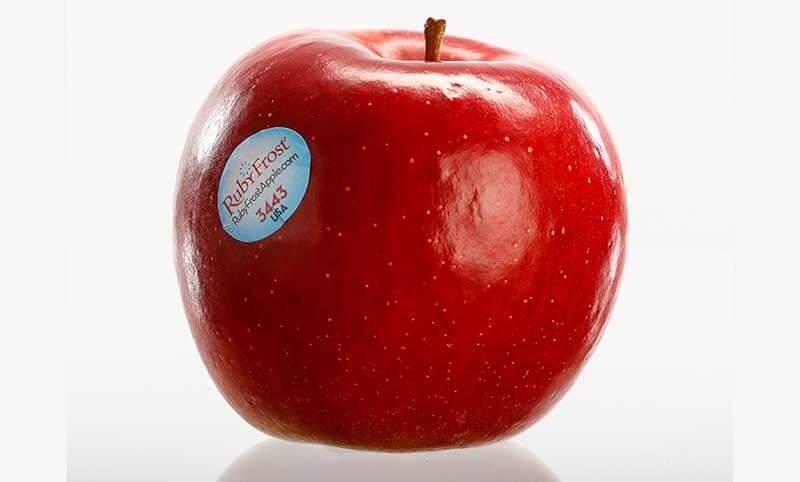 Crunch Time Apple Growers plans to launch its RubyFrost Apples in select retailers this week. RubyFrost made its debut in 2014 and has since grown steadily, according to the company.  Sales have increased year over year for the last three seasons, selling out quickly in major retailers.

“According to the latest Nielsen Data, RubyFrost showed growth of 45 percent in 2019,” said Rena Montedoro, VP of sales and marketing for Crunch Time. “That’s huge, to say the least.”

Crunch Time said it will continue to invest significant dollars in 2020 to promote the apple to consumers through digital advertising, retail promotions, and in-store events. The company said that in 2018, social media promotions for RubyFrost delivered exceptional results, driving Facebook page engagement up 98 percent over the previous year, Facebook page impressions up 296 percent over the previous year, and engagement on Instagram was up 213 percent over 2017.

Montedoro explains that RubyFrost apples are picked fresh during fall harvest but kept in cold storage for several months to allow the apples’ distinct flavor to develop.

Crunch Time touts RubyFrost as being highly versatile, and juicy with a definitive crisp texture and a balance of sweet and tart. It said it is an outstanding baking apple because it holds its shape and flavor. RubyFrost apples, which are non-GMO, are grown by 147 family farmers across New York State, helping to sustain the future of family farming, according to the company.