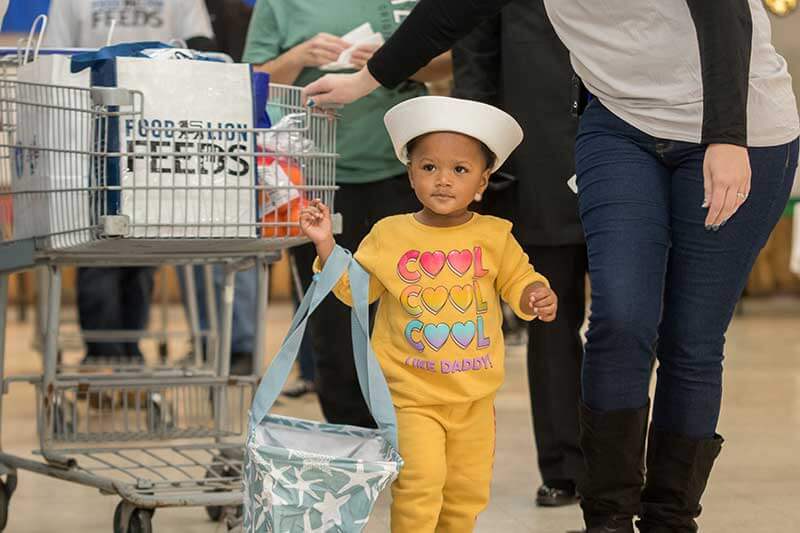 In partnership with customers, more than four million meals were donated to neighbors in need through Food Lion’s annual “Season of Caring” holiday giving efforts. From Nov. 13 through Dec. 24, 2019, Food Lion Feeds provided food donations, volunteers and financial contributions to neighbors in need and local organizations fighting hunger in the towns and cities Food Lion serves. As part of this campaign, customers purchased more than 540,000 specially marked prepacked food boxes and contributed more than $107,000 through in-store donation efforts, which was all donated to local Feeding America member food banks.

“We care deeply about nourishing our neighbors, and we recognize that far too many face difficult choices in order to feed their families, particularly around the holidays,” said Emma A. Inman, director of community relations and external communications for Food Lion. “We’re grateful to our customers for joining with us and supporting our mission to fight hunger in the towns and cities we serve in such a big way. We look forward to continuing to work with them and all of our community partners to nourish our neighbors in need and eliminate some of the difficult choices they face.”

In addition to the donation of food boxes and financial resources donated in-store, Food Lion Feeds also joined with its military hunger relief partner Operation Homefront to support several Holiday Meals for Military Families events, partnered with local organizations to combat child and senior hunger and joined with multiple other community partners and individuals to fight hunger in the towns and cities Food Lion serves.

Food Lion, based in Salisbury, North Carolina, since 1957, has more than 1,000 stores and employs more than 63,000 associates. Through Food Lion Feeds, the company has donated more than 500 million meals to individuals and families since 2014, and has committed to donate one billion more meals by 2025.