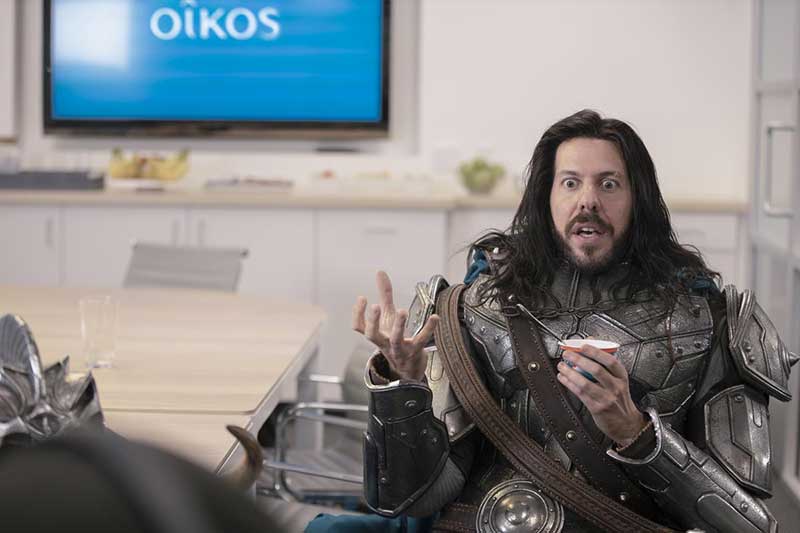 Oikos has unveiled “Possibly the Best Yogurt in the World,” a new campaign that entertains audiences and celebrates the Greek yogurt’s taste and texture. In a category full of lifestyle and “bite and smile” marketing imagery, Oikos is going a completely different direction: comedy.

The campaign features Ares, who has quit his day job as the Greek God of War to work at Oikos Greek Yogurt. The ad was created and produced by VMLY&R and directed by Bryan Buckley.

“‘The Greek God of War’ isn’t like having your typical celebrity actor. A lot of unexpected stuff happens when he shows up on set,” said Bryan Buckley, Oscar-nominated director. “These spots just have you laughing and wanting more.”

The campaign is shot in the loose-camera, docu-style popular with many hit TV shows and movies.

“It’s incredible to have a client embrace a concept that not only breaks all the norms in the category, but also allows real entertainment to shine through while championing the product. We feel very fortunate to be Oikos’ partner in this,” said John Godsey, North American chief creative officer for VMLY&R. “Then to have Bryan Buckley bring it to life in such a fresh way just takes it over the top. You really want to get to know these characters and see where this classic, fish-out-of-water story goes.” 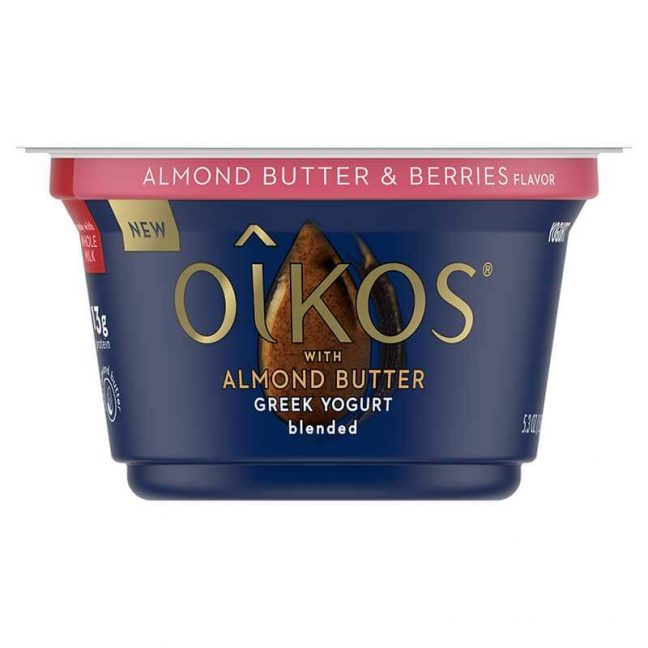 When Ares wants to champion Oikos Greek Yogurt with war tactics, the tension is created as his co-workers see his methods as dated, very inappropriate and, most of all, unnecessary.

“When you have an incredibly delicious tasting Greek yogurt, you don’t need all of the bells and whistles—or arrows and fire and brimstone—to sell it, and that’s where the humor comes into our new campaign,” said Surbhi Martin, VP of marketing for Danone North America, which is based in White Plains, New York. “We were thrilled to work with Bryan to have fun imagining Ares, the Greek God of War, working on our team and bring forward a playful tone that’s new to the category. It’s just the start of many exciting things that we have planned for Oikos in 2020.”