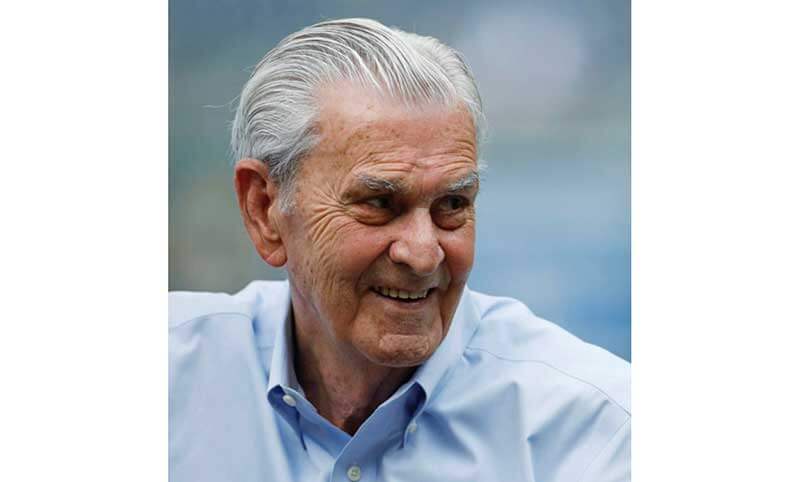 David Dayne Glass, who served as president and CEO of Walmart Inc. from 1988 until 2000 when he led the company through extraordinary growth, died Jan. 9, according to the Glass family.

Mr. Glass died of complications associated with pneumonia, according to his family. He was 84.

Most recently, Mr. Glass was owner and CEO of the Kansas City Royals, a team he helped lead to two consecutive World Series appearances and, in 2015, brought the World Championship trophy to the fans of Kansas City. Mr. Glass and his family sold the Royals late last year.

Upon graduation, Mr. Glass began his retail career in 1960 with Crank Drug Co. in Springfield. He left Crank in 1968 after the company was sold and worked for two other companies, including serving as GM of Consumer Markets in Springfield. In 1976, Mr. Glass was recruited by Walmart founder Sam Walton to become Walmart’s CFO.

Mr. Glass was named president and CEO of Bentonville, Arkansas-based Walmart in 1988. During his term in that role, he guided the company through a period of extraordinary growth both in terms of revenues and expansion including retail acquisitions, expansions including new retail formats and significant international expansion. Specifically, under his leadership, Walmart:

Mr. Glass led a team of managers who adopted new and innovative technologies to streamline operations and improve customer service. This included the development of automated distribution centers, linked by computers to Walmart headquarters, stores and suppliers, which enabled the company to expand beyond a regional retailer to become an international retail leader.

Mr. Glass also served as a mentor and leader to many.

Rob Walton, former Walmart chairman and eldest son of Sam Walton, said, “When we lost my Dad, David provided a steady, visionary hand the company needed to lead it forward. He did so with a deep sense of humility while maintaining the values and principles Dad founded the company on. More than anyone beyond Sam Walton, David Glass is responsible for making Walmart the company it is today. On behalf of the entire Walton family, I want to express our appreciation for David as a leader and as a friend. He will be deeply missed.”

Doug McMillon, current Walmart president and CEO said, “Due to his authentic humility, we think David Glass may be the most under-appreciated CEO in the history of business. The choices he made and the results of the company reflect his wisdom, dedication and servant leadership. We will miss him immensely and are eternally grateful.”

Mr. Glass was honored with numerous retail and business awards over the years, including being named “most admired CEO” in 1993 by Fortune magazine, and inducted into the Retail Hall of Fame in 2000 and into the Arkansas Business Hall of Fame.

A lifelong baseball fan starting as a child when he followed the St. Louis Cardinals, Mr. Glass was appointed interim chairman and CEO of the Kansas City Royals in 1993 upon the death of then-owner Ewing Kauffman. He and his family acquired the Royals in 2000 and it was at that time that he began his second career, a career in baseball, at age 64.

Glass was elected to the board of directors of the National Baseball Hall of Fame in July 2000, where he served as a member of the pension and audit committees.

Dayton Moore, SVP of baseball operations and GM for the Royals, said, “Mr. Glass loved this game, this team and our city with all his heart. He cared deeply for our fans and for the future of baseball. But above all, Mr. Glass placed an emphasis on putting family first which is what he stressed to our entire organization. We are forever grateful for his humble and supportive leadership, and we are beyond blessed that we were a part of his incredible life. Our thoughts and prayers are with his very special family.”

While the list of business and sports achievements and honors are impressive, those who knew Mr. Glass best knew that his No. 1 priority throughout his entire life was his love and commitment to his family. He and his wife, Ruth, have three children, six grandchildren and seven great-grandchildren.

Mr. Glass and his family have been supportive of numerous charitable causes and organizations over the years including Missouri State University. The Missouri State College of Business is named David D. Glass Hall in honor of his dedication to the university.

The Glass family will hold a public “Celebration of Life” in his honor on Monday, Jan. 27 at 1 p.m., at the Northwest Arkansas Fellowship Bible Church, 1051 W. Pleasant Grove Road in Rogers, Arkansas.