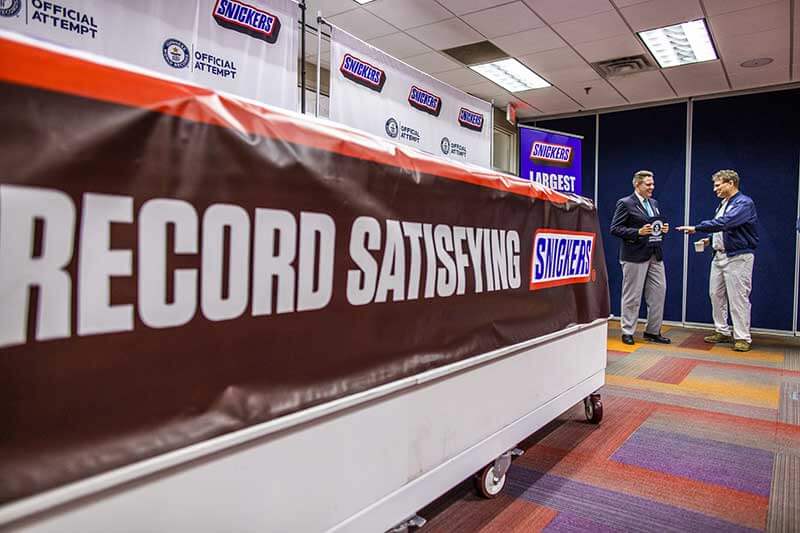 Hackettstown, New Jersey-based Mars Wrigley unveiled the largest Snickers bar ever created during a Guinness World Records title attempt at the company’s Waco, Texas, plant. The candy bar, weighing more than two metric tons, is a small version of something even bigger the brand has planned for Super Bowl LIV.

The record-setting bar features more than 1,200 pounds of caramel, peanuts and nougat combined and nearly 3,500 pounds of chocolate.

“It’s a big year for the Snickers brand,” said Josh Olken, brand director for Snickers. “We’re not only celebrating the 90th anniversary of the brand, but the Super Bowl will also mark 10 years since the ‘Game’ spot launched the award-winning ‘You’re Not You When You’re Hungry’ campaign. What better time than the Super Bowl to satisfy something on the biggest scale yet?”

With more than 600 employees, the Waco Mars Wrigley plant that created this marvel is also responsible for producing millions of Snickers bars each year. The special, title-setting bar is equivalent to more than 41,000 of the single-size bars.

Once consumed, the giant candy bar will officially be recognized and recorded by Guinness World Records as the largest chocolate nut bar. 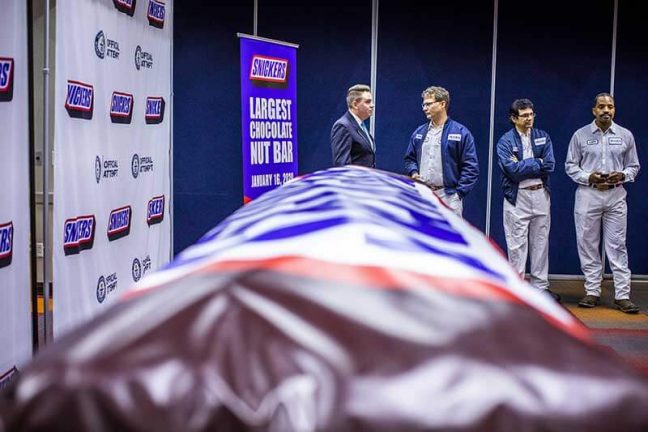 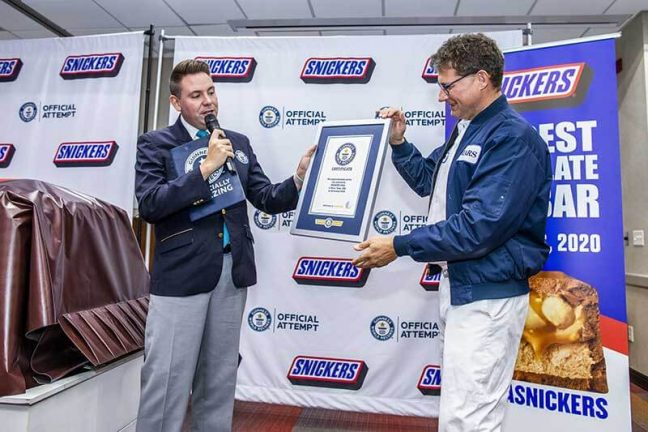 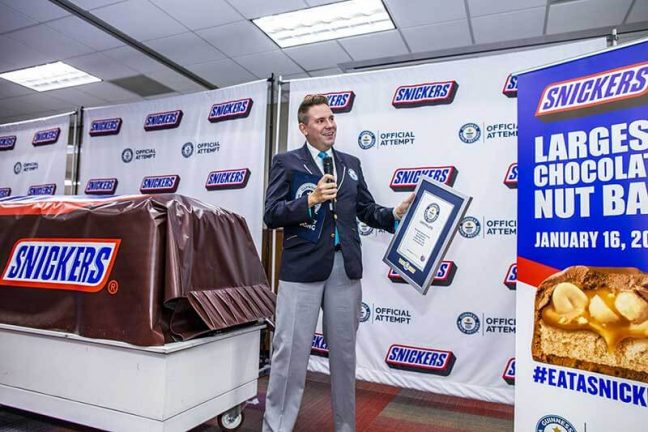 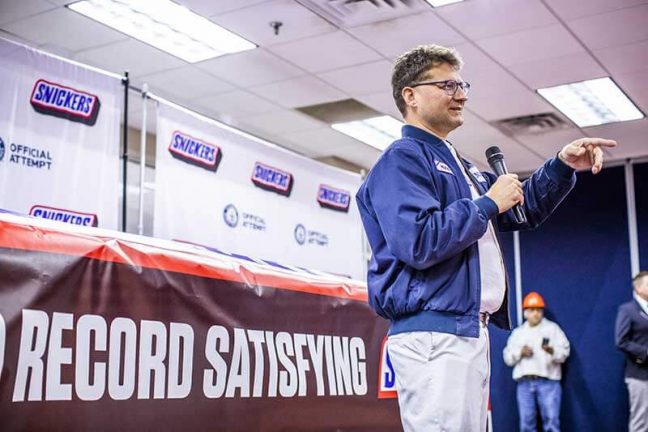