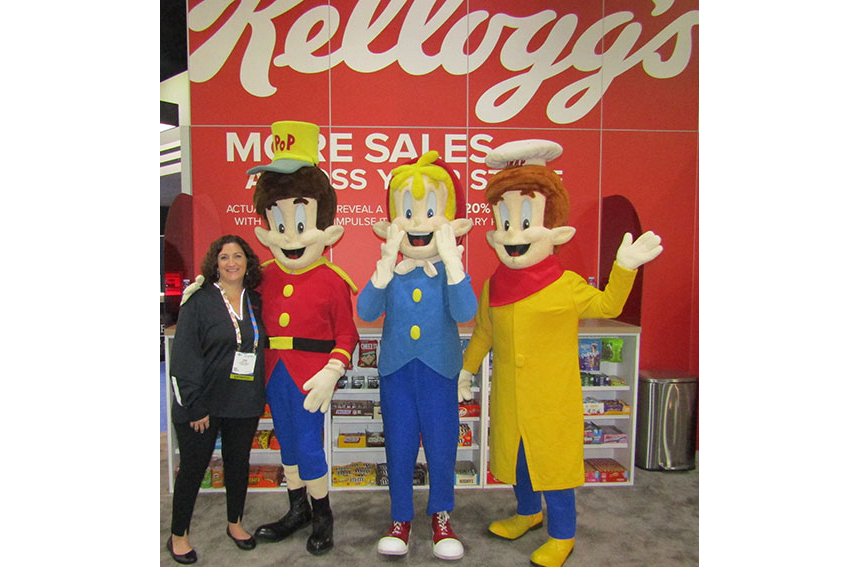 Kellogg’s had several innovations to introduce at the recent 2019 NACS Show in Atlanta.

“We have a number of different snacking options that are really fun twists on some of our iconic brands: Rice Krispies Treats, Pop Tarts, Pringles and Cheez-It,” said Ami O’Keefe, Kellogg’s senior commercial strategy manager for convenience.

Rice Krispies Treats Dunk’d is a big bar dipped in either a chocolatey or cookies and cream coating. The treats are for the confection aisle, as they are a little different than the traditional Rice Krispies Treats, according to O’Keefe.

“It is sized and priced to fit right in there with your candy selection, comparable to a king-sized or share-sized confection offering and really delivering on what that consumer is looking for in terms of an indulgent treat,” she said. “We’ve gotten a great response so far at the show.” 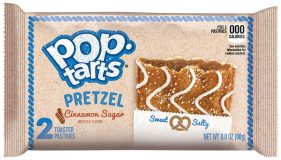 Another twist on an old favorite is the introduction of Pop-Tarts Pretzel, featuring a light pretzel crust instead of the traditional pastry.

“It’s got coarse ground salt, with the inside being that sweet and creamy portion, either chocolate fudge or cinnamon sugar,” O’Keefe said. “It really delivers on that sweet and savory taste profile that people are looking for.”

She said the pretzel option takes Pop-Tarts into a different occasion, becoming more of an afternoon snack. They started shipping to both grocery and convenience stores in December.

Pop-Tarts Bites also will be coming out in Frosted Strawberry and Frosted Brown Sugar Cinnamon flavors. 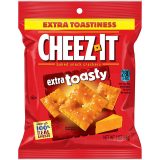 O’Keefe said the extra toasty flavor has been sold in grocery for the last couple of years.

“That whole idea came from consumers telling us that when they were eating their Cheez-Its, they liked the burnt ones the best. So we decided to actually create those and put them in a bag,” she said. “It’s become the third best-selling flavor in just two years. People have really responded tremendously to that. What’s new is we’re going to have these in a 3-oz. package for convenience stores.”

Pringles fans have two new varieties to try: Rotisserie Chicken and Parmesan & Roasted Garlic. O’Keefe said after people have tried the new varieties, the response has been overwhelmingly good. 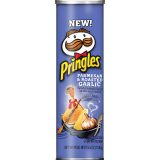 “It’s always about consumer trends and looking to deliver on the fun and the flavor that people look for from Pringles,” she said. “It’s also looking to kind of push that envelope a little bit because we know our Pringles consumers are bold explorers. They want new flavors, they want bold flavors, and they really want to be on the cutting edge of something new. It’s really been a lot of fun seeing where we can take those products.”

As an added benefit, those familiar with Pringles’ flavor stacking campaign can stack the new flavors for a taste of chicken parmesan.

The new Pringles flavors are available nationally across grocery outlets as well as convenience stores.

Kellogg’s is based in Battle Creek, Michigan.