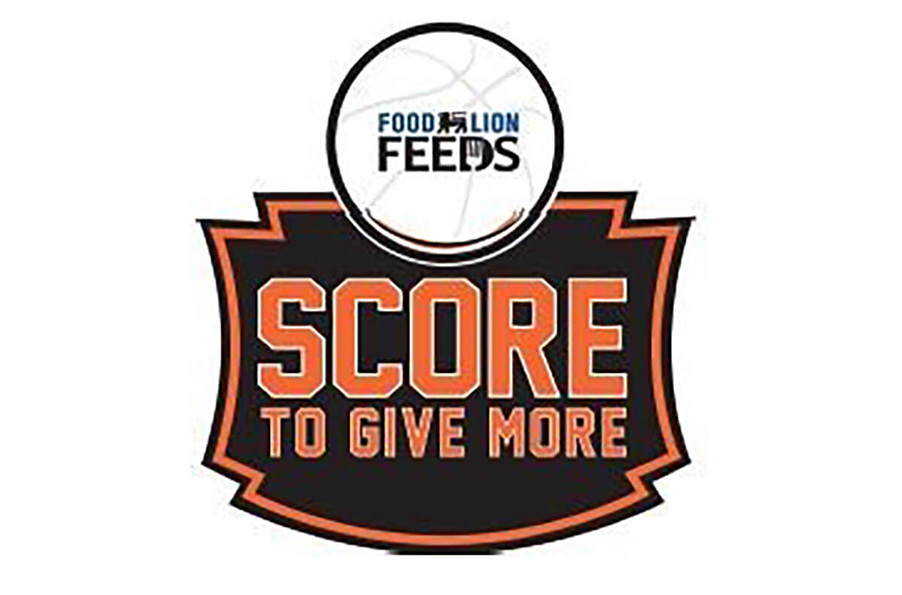 Food Lion Feeds is dishing out assists to seven North Carolina and Virginia colleges and universities this men’s basketball season by donating 200 meals for each foul shot swished by participating schools.

“We’re excited to partner with these great schools and their student athletes to help fight hunger on campus, in their local communities and beyond,” said Emma Inman, director of external communications and community relations for Food Lion. “Far too many of our neighbors have to make impossible choices between things like gas and groceries, or dinner and rent. ‘Score to Give More’ is a great way to join together to help eliminate some of these difficult choices.”

The “Score to Give More” program comes only a few weeks after the conclusion of Food Lion Feeds’ “Sack to Give Back” initiative, in which Food Lion Feeds partnered with 11 local colleges and universities to donate 1,000 meals for every quarterback sack, which totaled 279,000 meals.

For more information on Food Lion’s commitment to end hunger in the towns and cities, it serves through Food Lion Feeds, visit  foodlion.com/feeds.

Food Lion, based in Salisbury, North Carolina, since 1957, has more than 1,000 stores in 10 Southeastern and Mid-Atlantic states and employs more than 63,000 associates. Through Food Lion Feeds, the company has donated more than 500 million meals to individuals and families since 2014, and has committed to donate 1 billion more meals by 2025. Food Lion is a company of Ahold Delhaize USA, the U.S. division of Zaandam-based Ahold Delhaize.