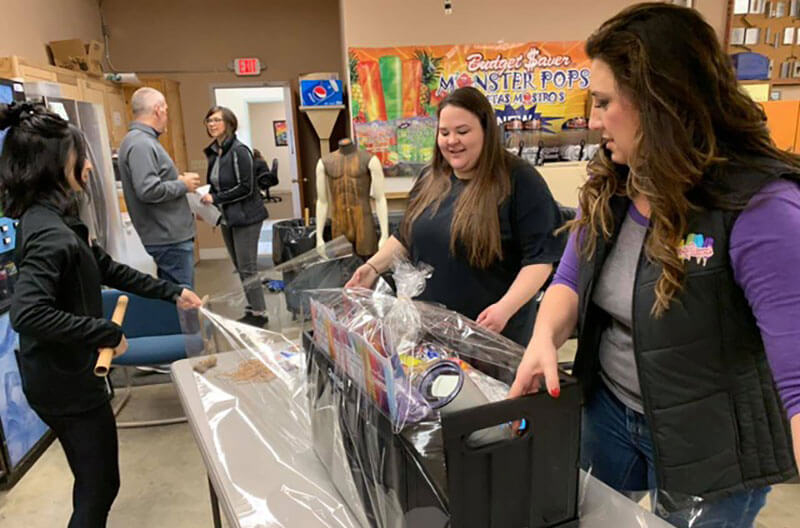 More than 30 employees of The Ziegenfelder Co. gathered at the company’s corporate offices on 19th Street in Wheeling, West Virginia, to celebrate their recovery efforts after last year’s fire. Company representatives from the Denver and Chino plants joined through video conferencing equipment. 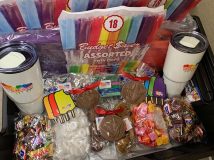 Employees, who refer to themselves as Zieggy Tribe members, shared memories from the fire and clean-up efforts highlighting stories of the heroes who emerged in the wake of the fire.

“It’s unbelievable we are where we are given a fire destroyed a third of our production one year ago,” said Breanna Humphries, operations manager for the Wheeling production plant.

The blaze started on the roof of the oldest part of the plant and threatened to destroy the entire facility on Thursday, Jan. 31, 2019.

Tribe members evacuated the Wheeling plant when alarms sounded around 10:30 a.m. Below freezing temperatures meant many Tribe members stood outside without jackets or coats on one of the coldest days of the year.

Wheeling Director of Operations Matt Porter recalled, “I sprinted to each evacuation checkpoint outside our plant and communicated with team leaders. We made sure everyone was accounted for with their head counts. They had their sheets, they followed safety procedures, and they had everyone out and accounted for within a minute, 30 seconds. It was a huge feat and a major accomplishment!”

Firefighters also were challenged by the frigid conditions to put out the flames. It took more than five hours for crews to get the blaze under control. Thanks to swift response from employees and emergency responders, no one was injured during the fire.

According to The Weirton Daily Times, the company will hold a concert Feb. 5 featuring free frozen treats, hot dogs, face painting, bounce houses and music for local families to enjoy, to show its gratitude for community support following the fire.

The Ziegenfelder Co.’s history of customer service and homemade products began with candy, expanded into ice cream and evolved to become the largest producers of frozen twin pops in the United States. The company’s reach spans across the country with production facilities in Wheeling; Chino, California; and Denver, Colorado. The company’s signature item—Budget Saver Assorted Twin Pops—may be found in major stores such as Walmart and Dollar General.