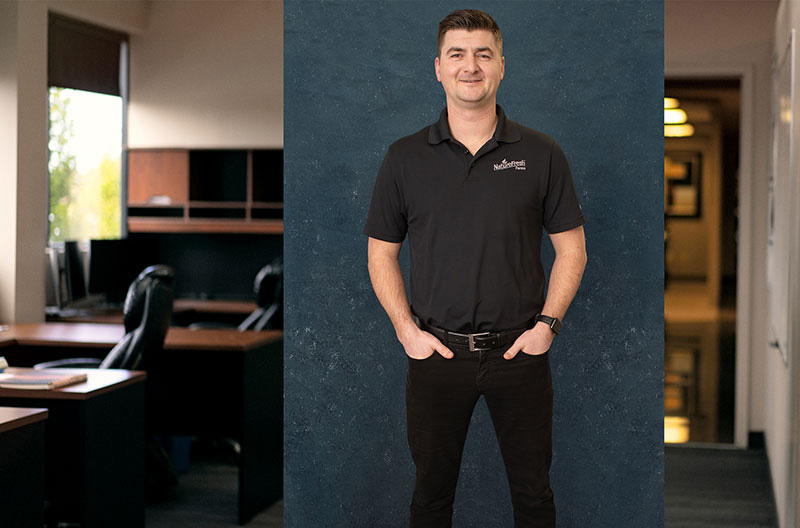 Matt Quiring of Nature Fresh Farms has transitioned his role from executive retail sales accounts manager to director of sales.

The son of Nature Fresh Farms President and founder Peter Quiring, Matt Quiring showed interest in the company at an early age. After gaining experience outside of the industry, he joined Nature Fresh Farms Sales, established in 2010. Developing his retail accounts from the ground-up, he advanced into the role of executive retail sales accounts manager. In this position, he played an important role in developing partnerships with many of the company’s major retailers and various customers.

As director of sales, Quiring now  will be overseeing the development of all their retail accounts.

“Matt’s transition into director of sales was a very easy and natural choice,” said VP John Ketler. “With Matt handling the vast majority of our sales to date, it is clear that he has the drive, passion and industry knowledge necessary to develop these relationships with our partners.”

“With the growth of Nature Fresh Farms and Nature Fresh Farms Sales, we are welcoming many new members to our team, including additional sales staff. It was evident to us, seeing Matt’s experience, that he would be the one to lead the entire sales team moving forward,”  Neufeld said. “We look forward to Matt bringing his leadership and mentoring skills to the rest of the sales team, helping them to strengthen the relationships he has established over the last several years with our partners.”

As Nature Fresh Farms focuses on company growth and developing relations, Quiring’s role will assist in the continued progression of its team and retail partnerships. Nature Fresh Farms, based in Leamington, Ontario, says it is excited for the future with the continuous expansion of its team, its advancements in technology and product innovation, allowing the company to provide fresh produce all year-round.

Nature Fresh Farms is one of the largest independent greenhouse produce growers in Canada, as well as one the largest greenhouse bell pepper growers in North America. Originally modeled after the best European technologies, it continues to use emerging greenhouse science to achieve new levels of excellence.