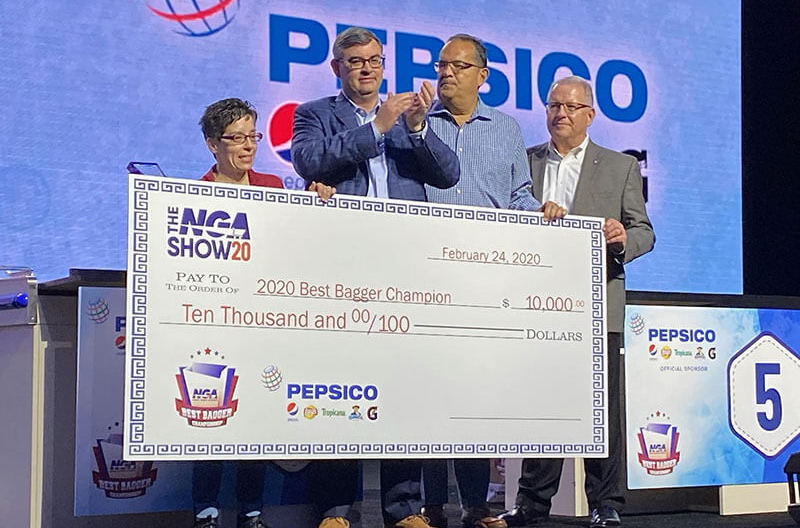 Nicole Cote of Hannaford Supermarket in Maine defeated 22 other best baggers from across the country to claim a grand prize of $10,000 in the Feb. 24 National Grocers Association (NGA) Best Bagger Championship. The event is sponsored by PepsiCo and emceed by Akbar Gbajabiamila, co-host of NBC’s American Ninja Warrior and author of “Everyone Can Be A Ninja.” It was held during the recent NGA Show in San Diego, California.

“Baggers are essential to a positive customer experience as they are the last interaction before customers leave the store. Because of this, superior bagging skills deserve to be recognized in this competition,” said Greg Ferrara, NGA president and CEO. “I’d like to thank our sponsor PepsiCo and our amazing contestants. Congratulations to Nicole on her victory.”

The Best Bagger championship was first held in 1987 and is designed to demonstrate the important customer service skill of bagging. Contestants are judged by speed of bagging, proper bag-building technique, weight distribution in the bag, as well as style, attitude and appearance.

NGA is the national trade association representing the retail and wholesale grocers that comprise the independent sector of the food distribution industry. An independent retailer is a privately owned or controlled food retail company operating a variety of formats. The independent grocery sector is accountable for close to one percent of the nation’s overall economy and is responsible for generating $131 billion in sales, 944,000 jobs, $30 billion in wages and $27 billion in taxes. NGA members include retail and wholesale grocers, state grocers associations, as well as manufacturers and service suppliers. 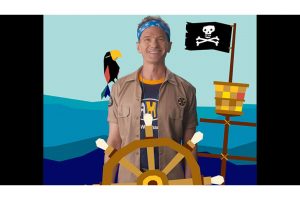