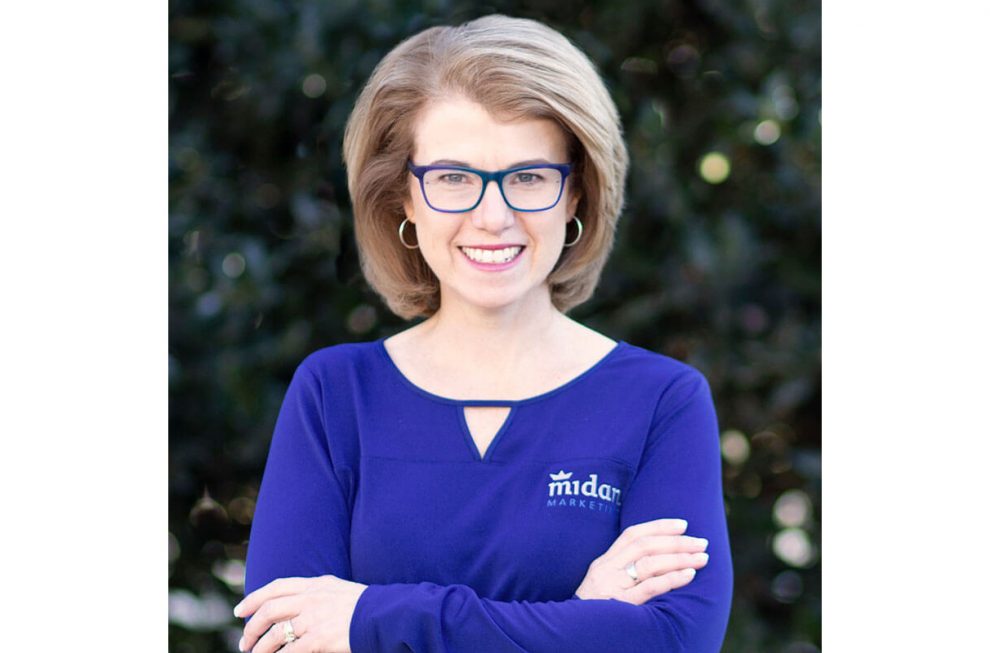 Not a day goes by that I don’t find the words “plant-based” or “meat alternatives” popping up on my social channels or news feeds. And really, it isn’t surprising. In fact, we measured conversation around plant-based alternatives from 2018-2020 and we’ve seen a 40 percent increase in the last 12 months compared to the prior year.

You see it in ads, read about new product launches and hear your friends talking about trying the latest offerings. While plant-based “meat” isn’t a new idea, the focus on it is and that has led to it becoming a mainstream media darling. I can’t really blame the media—they like to report on what’s new and shiny because that’s what grabs people’s attention.

But is all this hype sustainable?

We are seeing the first signs that perhaps it is not. I have for some time been a proponent of the “there is room in the meat case for both” stance. I am also a strong advocate for consumers understanding exactly what they are getting. This is where informed choice comes in.

Why is this so important? Because according to a recent Midan Marketing study, 49 percent of meat-eating consumers say they would try plant-based alternatives because they perceive them as being “better for me.” This reason far outpaces any other reason.

Learning this has caused me to be bolder with family and friends when the topic comes up. Instead of standing on the sidelines, I am choosing to enter the conversation. I want to know why someone is purchasing a plant-based product. I ask if they have looked at the nutrition facts panel or, better yet, the ingredient list.

Visuals often do a better job than words of bringing the biggest differences to light: 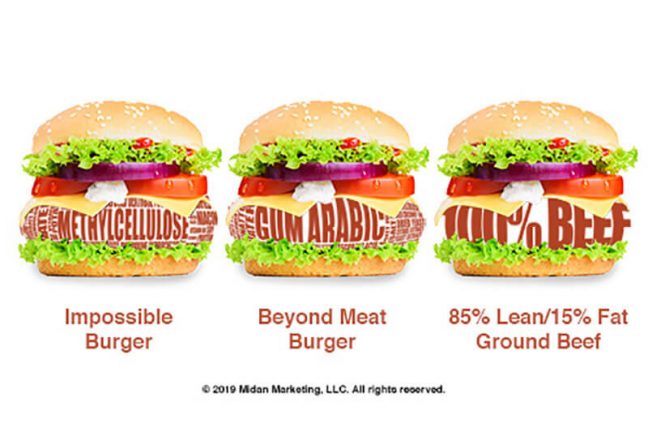 And sometimes the data speaks for itself: 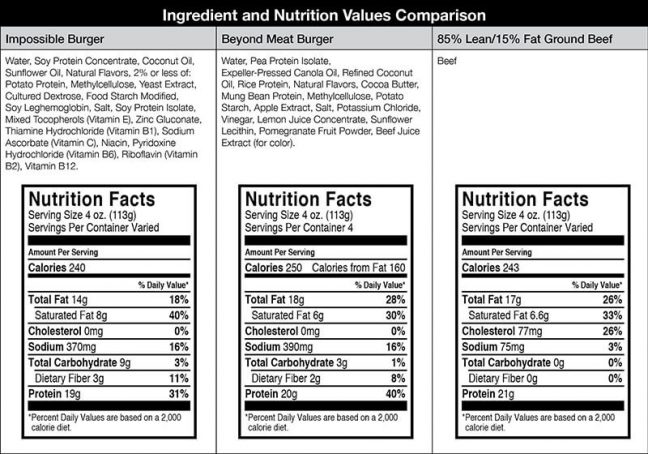 Consumers’ reactions to this ingredient and nutrition information may be what is causing the sheen on these new products to dim: Their highly processed nature is at odds with the “healthy” assumption consumers are making. Maybe that is why sales have slowed at Burger King, leading it to reduce the price of the Impossible Whopper. It might be the reason Tim Hortons has discontinued its plant-based offering altogether.

But there might be another reason: the taste factor. All wrapped up in a bun with lots of condiments, it is easy to make a good first impression, but that might not be enough to garner long-term loyalty. The same Midan study that cited the reasons people try plant-based meat also offered this important revelation:  49 percent of consumers are not interested in purchasing plant-based meat because “it won’t taste like meat.”

Regardless, the meat industry must stay diligent. These startup companies have deep venture capitalist pockets that will put their money into marketing in order to lift awareness and sales.

Join me in being bold—make sure your circle of friends and family understands exactly what they are purchasing.