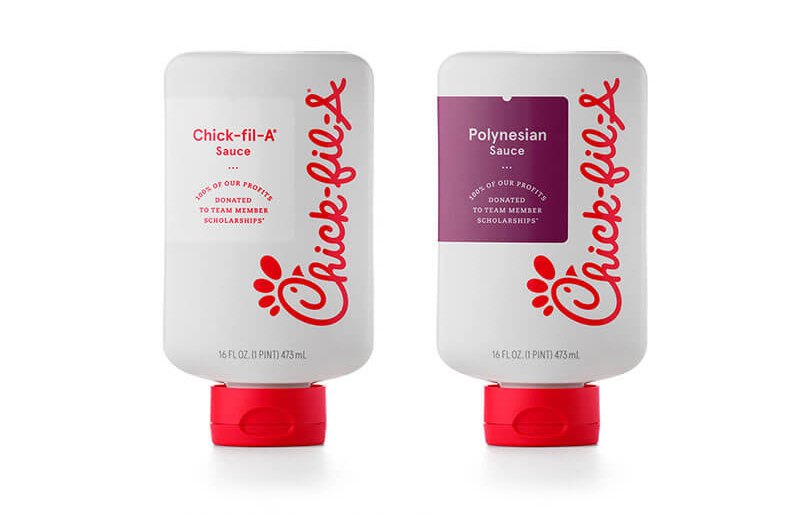 Chick-fil-A is rolling out bottled versions of two sauces as part of a pilot program in Florida this April. Chick-fil-A and Polynesian sauces will be available in 16-oz. bottles in all Florida Publix, Target, Walmart and Winn-Dixie stores. 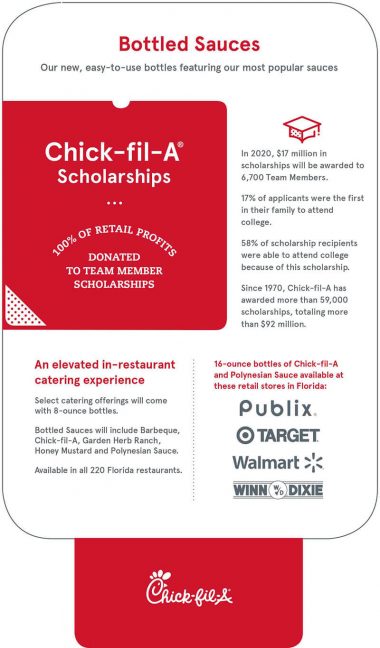 Chick-fil-A and Polynesian sauces are not the only sauces available in bottles. All 220 Chick-fil-A restaurants across Florida will be offering 8-oz. bottles of Barbeque, Honey Mustard and Garden Herb Ranch sauces in addition to Chick-fil-A and Polynesian sauces. A bottle will come with catering orders or can be purchased separately. Sweet and Spicy Sriracha and Zesty Buffalo sauces still will be available in individual packets.

Chick-fil-A was founded in 1946, when S. Truett Cathy and his brother, Ben, opened an Atlanta diner known as The Dwarf Grill, later renamed The Dwarf House. Through the years, that restaurant prospered and led Cathy to further the success of his business. In 1967, Cathy founded and opened the first Chick-fil-A restaurant in Atlanta’s Greenbriar Shopping Center. Today, Chick-fil-A has the highest same-store sales and is the largest quick-service chicken restaurant chain in the United States based on annual system-wide sales.

Cathy was the author of six books and was a committed philanthropist dedicated to making a difference in the lives of youth. He was the recipient of countless awards over the years, both for his business acumen and for his charity. With his wife of 65 years, Jeannette McNeil Cathy, he led a life that was centered on biblical principles and family. Cathy died Sept. 8, 2014, at age 93. He is survived by his sons, Dan T. and Don “Bubba” Cathy; daughter, Trudy Cathy White; 12 grandchildren and 23 great-grandchildren.