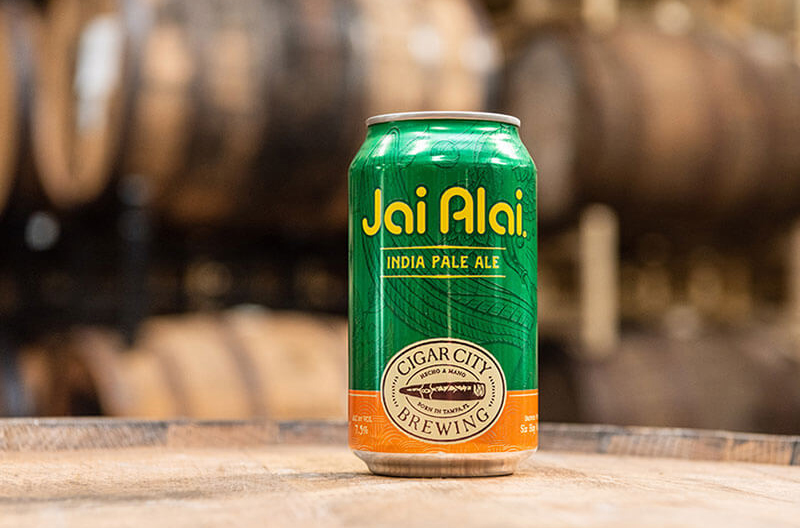 Cigar City Brewing in Tampa has grown rapidly since it was founded 13 years ago, expanding from a small operation with sales in Florida to having distribution across the U.S. and internationally.

The brewery was founded in 2007 by Tampa Bay native Joey Redner and brewed its first batch of beer, Maduro Brown Ale, in January 2009. The company now employs more than 100 people and is part of the CANarchy Craft Brewery Collective that includes Oskar Blues in Colorado, Deep Ellum in Texas and Squatters and Wasatch breweries in Utah. Collectively, it is one of the largest independent craft breweries in the U.S.

Neil Callaghan, brand manager at Cigar City Brewing, has been with the company nearly six years. The brewery has grown rapidly, expanding from selling 98 percent of its beer in Florida to being distributed in 42 states and 14 international markets.

“We are all over the world now, so it’s been great to see that growth and expand our reach,” he said. Our first year, we did about 1,000 barrels and that’s sort of how we are measuring our output,” Callaghan said in an interview with The Shelby Report’s VP-Southeast Tom Bachmann. “In 2019, 10 years later, we did 180,000 barrels. And what that equates to in the state of Florida is something along the lines of 1.3 million cases. Just in the Tampa Bay area in 2019, we were right around 550,000 cases.”

The international expansion includes most of Western Europe, with the largest market in Sweden.

In Asia, China has proven to be a big market. Cigar City also sells in Hong Kong and Taiwan, and just launched in Japan a few months ago. All of the markets are hungry for American craft beer, according to Callaghan.

Jai Alai IPA is Cigar City’s flagship beer, accounting for more than 65 percent of its production. The brewery currently sells its beer in 42 states, but Callaghan has a goal of reaching 50 by the end of the year.

Callaghan said in the IPA segment, hoppy beers are the fastest growing and have grabbed most of the market share.

“We’ve also produced a year-round sour beer and that’s a category that has been growing as well. It’s called Margarita Gose. It’s a beer with a malt taste, but it’s a lot like a margarita. It’s got orange, lime and salt.”

Craft beers have been on a gradual move toward cans for packaging. The majority of Cigar City’s beers are sold in cans.

“Glass for craft beer is shrinking and what we are pushing in the market is much more cans,” Callaghan said. “That’s true industrywide as well. The Brewers Association said that four in 10 beers consumed in the U.S. are in cans. That’s such an uptick. Oskar Blues was essentially the pioneer in putting craft beer in cans.”

Callaghan said the Southeast remains behind the West in the number of craft breweries.

Cigar City sources most of its hops from the Pacific Northwest, supplemented by those from Australia and Central Europe.

“As far as organic hops, that’s something that some suppliers and some brewers are looking into, but it isn’t part of an industry standard to go exclusively organic. There have been a lot of really great advances as far as breeding and as far as developing new hop varieties, so you are not seeing a ton of organic hops,” Callaghan said.

Cigar City uses local Tampa water for its brewing, filtering out some minerals and adding sulfur.

“It is a big adjustment for us to go from a brewery that is just producing here in Tampa to now producing it in other facilities around the country. Water chemistry and water profiles are completely different at those other facilities, so it has required us to make some adjustments to the water profile to kind of re-create and make sure that we are all getting to the same point. We’ve found ways to work around what is not the best brewing water in the world. It’s great water but presents challenges” in the brewing process.

Callaghan said Cigar City relies heavily on the resources of the Brewers Association.

“They are a phenomenal organization and so is the research that they provide. They’ve got an in-house economist who is brilliant. They’ve got insight into what consumers are looking for in craft beer across the whole country and what they offer is invaluable. They are a great organization.”

Callaghan said being part of the CANarchy co-op has helped Cigar City extend its footprint nationally.

Dale’s Pale Ale and Oskar Blues have had those placements and they had those relationships way longer than we have, so we are able to kind of ride those coattails.”