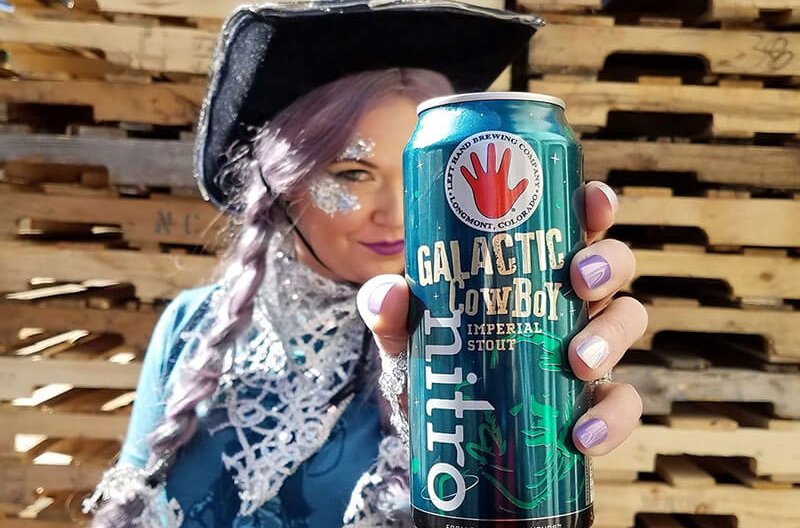 According to a press release, the Nitro Imperial Stout is smooth and dark with notes of bittersweet chocolate and black coffee. Cascade, Galaxy and Comet hops provide balance to the roasted malt backbone. The beer comes in at 9 percent ABV.

Galactic Cowboy Nitro is available in four-packs of 13.65-oz. cans and on draft.

Left Hand Brewing, founded in Longmont, Colorado, is one of the pioneers in craft brewing. It is a leader in Nitro innovation and Nitro experience.

In 2011, it pioneered the way for beer drinkers to enjoy a draft-like experience at home with the release of Milk Stout Nitro bottles and the hard pour.

In 2017, the company performed the first U.S. production run of a U.S-made Nitro widget can from Ball Corp. With the widget inside technology, Nitro fans can take their beer on-the-go.

Other recent product additions include Flamingo Dreams Nitro and the first Mixed Nitro eight-pack, both of which debuted in 2019.

In other news, Left Hand will also be unveiling a national social media advertising campaign later in March featuring a series of adventures from Galactic Cowboys and Cowgirls.

Left Hand is one of the most honored and recognized breweries in Colorado, with 29 Great American Beer Festival medals, 11 World Beer Cup awards and nine European Beer Star awards. Its collection of year-round and seasonal beers is available in 45 states, Washington, D.C., and internationally.