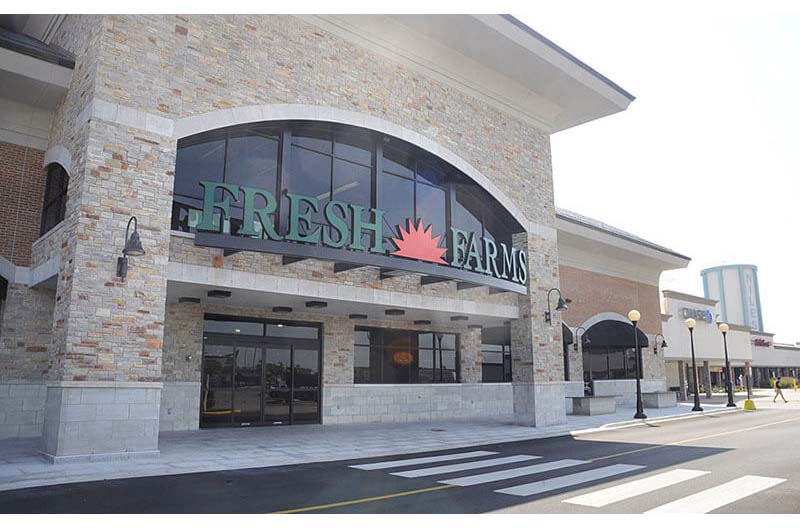 The Shelby Report received a Covid-19 briefing on March 25 from Dino Svigos of Fresh Farms, which has four markets in the Chicago area.

As with most grocery retailers across the country, Fresh Farms is encouraging senior citizens to come in between 8 and 9 a.m.

“Even if they get there at 7 a.m., my employees are usually here and they’ll let them in,” Svigos said. “That’s the slowest time of the day, so they can be personally escorted and helped…and then discouraging others—I don’t like to tell other people not to come in, this is still America—but I am encouraging seniors to come in and discouraging other customers not to come in.

“Some seniors have called me and said they can’t get out, so I take their orders down and I deliver them. I’m not set up for it—and if there’s any other way for the seniors to fulfill their needs, that would be great—but if they can’t, they can call me up and I’ll be more than happy to. And within reason. I don’t want to be delivering to all of (the city).”

Svigos described his stores as “a Whole Foods’ setup for first-generation international clients.”

“If you want to get a flavor of the world without traveling—because now you can’t travel—you’ve got to come to my stores because we bring the world to your table. That’s our motto.”

As for other Covid-19 precautions, Svigos said his stores distributed gloves while supplies lasted.

“For the first week or so, I was giving out gloves to every customer. Unfortunately, I ran out of gloves, so I’m not doing that anymore. But I did that for the first five, six days when this broke just to try to prevent any spread of the disease.

“I’ve got a two-week notice until I get more (gloves), so I saved the rest of them for my employees. At least my employees, when they serve you, will have gloves on.”

In addition, Svigos said, most workers are wearing a face mask.

“Some choose to wear them, others don’t. But at the end of the day, this is America. You can’t force people to do one thing or the other. I encourage employees if they have any kind of a cold or an ache or a cough or a sneeze, to take the day off. Don’t worry about it, I’ll pay you. I’ll pay employees to stay home.”

Svigos shared one other measure.

“We gave anywhere from a $100 to $350 bonuses to every one of our employees that took the punishment the last couple of weeks of completely overworking,” he said. “They got paid overtime, plus they got anywhere from $100 to a $300 gift certificate to help them with their food.”

“The owners, you make plenty all year long. How about the employees? Especially now when it’s slowing down, they don’t have the hours,” he said. “The last two weeks were fine, but now it’s slowing down and you’ve got to give them a little kicker.